Liev Schreiber Takes a Punch at Hollywood in ‘Ray Donovan’ 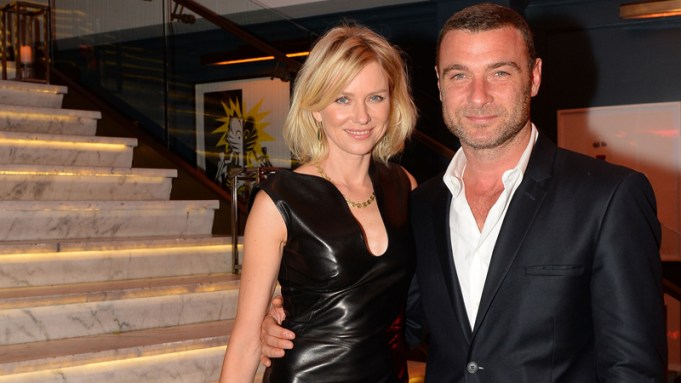 For every trouble-making actor who can’t keep his sex tapes off TMZ, there’s a fixer. For every high-powered producer with a former child star as his girlfriend, there’s a fixer.
Or at least that’s what Showtime’s new series “Ray Donovan” would have you believe.

But just how realistic is the Liev Schreiber starrer about a Hollywood heavy who can fix everything except his personal life? Most cast members who came to the show’s Hollywood premiere June 25 at the DGA were mum to say if their characters were based on anyone in particular.

Josh Pais said his character was “roughly based on a powerful Hollywood producer who has hair that tends to go vertically.” And Austin Nichols said that “he could never reveal” if his philandering film star is based on any famous personalities whose sexual persuasion might put their action-movie franchises in jeopardy, but he did add, “You know who they are.”

Elliott Gould was more forthcoming about developing his lawyer character, although his inspirations are easier to admit since you can’t libel the dead.

“I have some references and lawyers and very high-powered agents that I would draw from,” said Gould. “David Begelman, he was amazing. And also Lew Wasserman, who was a great agent.”

For his part, Schreiber got into the roll of playing the brawny anti-hero through rounds at the boxing gym and dialogue practice with Naomi Watts.

“She ran lines with me and she would do a Boston accent out of empathy,” he recalled. “She’s English and Australian, she’s got enough on her hands without a Boston accent.”

Jon Voight, who plays an ex-con, said the seedier side of Hollywood is nothing new.

“These guys are not exactly righteous guys,” he noted. “In the old Hollywood days, they had to protect the talent in a certain way, they kept them away from the public … we don’t have that today too much. People are in each other’s lives and it’s very invasive today.”