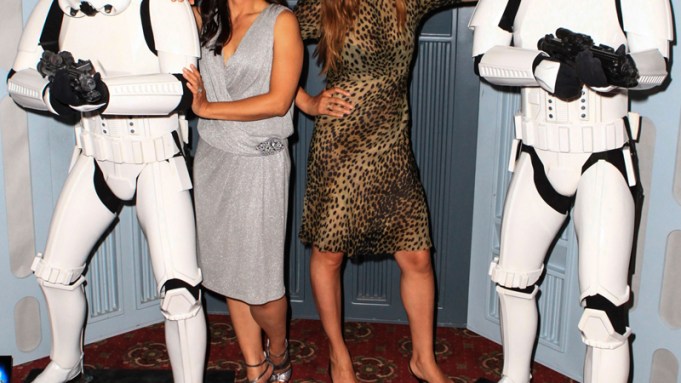 “I’m so fuckin’ into this,” enthused “Avengers” thesp Clark Gregg on getting his supporting actor statuette at the Saturn Awards June 26 in Burbank. Gregg thanked his fellow nominees “for being less local. I thought I could take ’em: Bardem, Fassbender, Gordon-Levitt, McKellen, Waltz. Punks.” said Gregg, beaming as the audience roared.

It was that kind of night. Shane Black presented the Lifetime Award to William Friedkin, still bandaged from minor surgery earlier in the day, and cracked up the room with his quip about the honoree: “I told this gentleman I was going to do 60 seconds on him. He didn’t know what I meant and he pushed back his chair.”

Ellen Greene, accepting the special edition homevideo award for “Little Shop,” started by exclaiming, “DOMA and Prop. 8 are dead and ‘Little Shop’ is alive!” She said of the pic’s helmer Frank Oz, “I knew him. I was dating Snuffleupagus at the time. I’m into animals,” then paused to reflect: “I have no idea what that means.”

Wayne Brady recounted his boyhood in a rough neighborhood, when his stern mother would not allow him to go see sci-fi movies, though he was already hooked. “This is going to sound like a joke,” said Brady, “but I grew up in Orlando, Florida.” Sure enough, the audience howled, and Brady stalked off the podium in mock anger. “Screw you,” he retorted. “Don’t judge my hood by Disney.” He added, “You wouldn’t last 10 seconds in my neighborhood. Well, Quentin Tarantino would last 15 or 20 minutes.”