"Romeo and Juliet" opens on Broadway 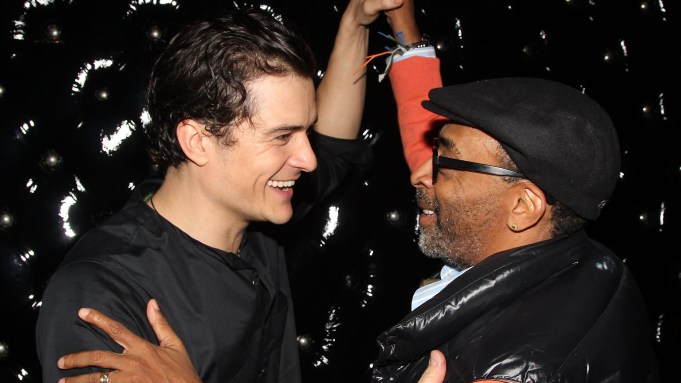 Orlando Bloom said it best, just after his opening night performance Sept. 19 in the Broadway revival of “Romeo and Juliet.”

“It’s really hard not to sound pretentious when you’re talking about Shakespeare,” he enthused at the afterparty at the Edison Ballroom. “It’s poetry, man.”

That it is — some of the most well-known poetry in the English language. And at the party that night, creatives couldn’t stop raving about that guy Shakespeare.

But Bloom thinks for most people, it’s that they think they know “Romeo and Juliet” as the iconic tale of of young, tragic romance, not that they’re truly familiar with the play itself.

He used to be in the same boat himself. “I’d never seen the play, and I don’t recall studying it in school,” he said. “Maybe because I wasn’t the best of students.”

Director David Leveaux said there’s a distinct overlap between Shakespeare and modern musicals — not because the language is so musical, but because the writing is so compressed and economical and practical, in terms of driving the plot along. “You can tell Shakespeare worked with actors,” he said. “There’s nothing in that language they can object to.”

The vitality of the Bard’s language was a recurring theme at the party, where well-wishers included Liev Schreiber and “Orange is the New Black” cast members Uzo Aduba and Danielle Brooks. There was also Phylicia Rashad, mother of the actress who plays Juliet, Condola Rashad.

Sure, all that talk about “the vitality of the language” got artsy-fartsy. But for Condola, the proof of that vitality was in the language. “Normally when I’m in a show, it’s the end of the night and I’m exhausted. I’m like, ‘Good night, I don’t wanna talk about it,'” she said. “But with this show I have all this energy. I’m ready to do it again!”