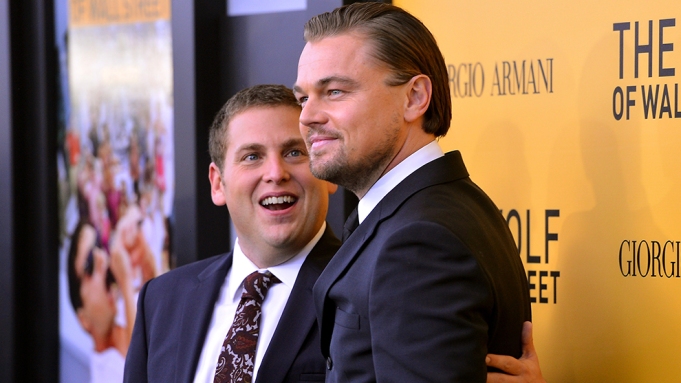 The same day Paramount lifted the review embargo on “The Wolf of Wall Street,” the studio threw a boisterous Gotham premiere for the equally energetic Martin Scorsese pic. Despite the snow, cast, crew and a bevy of celeb guests showed up at the Ziegfeld Theater on Dec. 17 for the three-hour screening.

Pic’s Red Granite Pictures producers Riza Aziz and Joey McFarland explained that not so long ago, the film was four hours.

“The journey from four to three hours (didn’t involve) any major, major cuts,” Aziz said. “It was a lot of shaping and tightening of scenes.”

As for pushing the film back from its original Nov. 15 release date to Christmas Day, McFarland said that in addition to giving Scorsese and his longtime editor, Thelma Schoonmaker a bit more time in the edit room, he also thought that Dec. 25 “was a stronger, better date to release the film.”

“The reality is you could work on a movie forever,” McFarland continued. “Any movie. Not just ‘Wolf.’ So we felt like giving (Scorsese) those few extra weeks was valid.”

In the middle of the screening, pic’s Jonah Hill and screenwriter Terence Winter struck up a conversation in the lobby of the Ziegfeld about a slow-motion sequence. They were in such a heated conversation, Hill almost accidentally walked into the women’s bathroom.

As for writing the Golden Globe-nominated comedy’s myriad of sex scenes, Winter joked he did it with the help of “a lot of research.”

“It’s like anything else,” Winter continued. “You just plunge in and start typing. I got to used some new adjectives that I haven’t used much in the past like writhing, sweating, etc.”

Winter’s adaption of Jordan Belfort’s memoir of the same name, which chronicles the stockbroker’s dramatic rise and fall on Wall Street including drug and alcohol addiction, was approximately 150 pages. “The Quaalude overdose scene is probably three-quarters of a page, but it ended being seven minutes of film time,” Winter explained of the film’s 179-minute length. As for a scene that involves pic’s star Leonardo DiCaprio and a candle, the scribe explained that “it was in the book, but I didn’t write it into the screenplay. Then the day they were going to shoot it, Leo was brave enough to tell Marty that the scene originally started with a candle up his butt and then, well there you go. It was there!”

At the Roseland Ballroom after-party, Orlando Bloom, Kevin Connolly and Tobey Maguire congratulated DiCaprio on the film. The star, Scorsese and even Belfort, who brought his parents, declined to do press in favor of chatting with celebrity minglers. But Belfort could be heard telling party-goers that he was sweating from all the cocaine that DiCaprio snorted in the film.