Radio Digs Its Own Grave as Cultural Currents Shift

Stolid biz loses a generation; Wi-Fi in cars could deliver a crushing blow 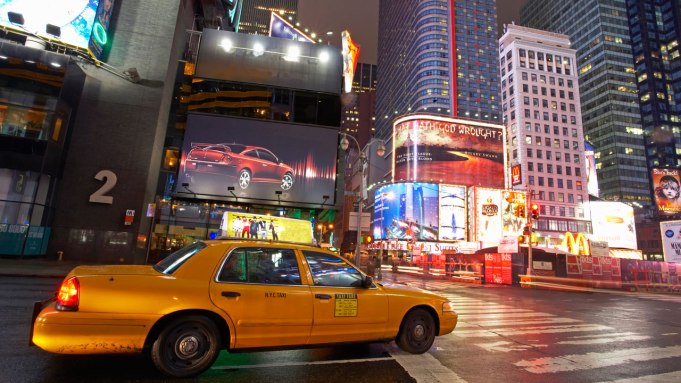 The major music business, the “new music” business, is built upon radio, it depends upon it.

There’s a fiction that we still live in a monoculture. This concept has been blown apart on television, where there are five hundred channels available, but the Luddites in radio still believe the Internet didn’t happen, that we’re all prisoners of the dial, where there are few stations and little innovation.

There are radio alternatives (i.e., Pandora and the forthcoming iTunes Radio). Please don’t confuse Spotify and Rdio and Deezer and MOG/Daisy with radio, they’re nothing of the sort. Oh, they might have a Pandora or iTunes Radio component, but these streaming services are retail replacements, lending libraries wherein for 10 bucks a month you can go into the store and borrow anything you want, as long as you return it. Also, you’re not limited to one album at a time.

The radio alternatives represent market fragmentation. Because Internet in the car is not yet here on a widespread basis, they’ve had little impact on car listening. … Then again, we’ve experienced tapes in the car, CDs and iPod hookups. Terrestrial radio listenership is not close to what it once was. Radio used to dominate; it’s still the biggest player, but its market share has receded dramatically.

Sirius XM benefits from its automobile deals. That was the essence, even more than the programming. At this point, 10 years past launch, almost all cars are satellite-ready. Not everybody pays, but subscriptions exceed 20 million.

When Wi-Fi hits the car, or whatever type of cheap Internet access deploys in automobiles, Sirius XM will be challenged too. Right now, Sirius XM’s Internet play is laughable.

Most people under age 20 have never experienced good radio. So when baby boomers and Gen X’ers start waxing rhapsodically about their old-time favorites, wanting them to come back, it’s the equivalent of wishing that musicvideos would come back to MTV.

Insiders believe that there’s no revolution in terrestrial radio because the owners know it’s headed into the dumper. They’re just milking it for all they can before it falls off a cliff. So if you’re waiting for format innovation and fewer commercials … you’ll be waiting forever.

The challenge of Spotify/Rdio/etc. is … to tell their subscribers what to listen to. That’s what traditional radio has done best. So far, these services have not succeeded because they’re run by techies, and curation is all about human effort, not algorithms, otherwise we’d all be in relationships determined by computers.

Terrestrial radio sells records and builds careers. Just not as well as before. The reason we see so few diamond-sellers isn’t because of piracy so much as the fragmentation of the audience. In the old days of the walled garden, of radio and MTV dominance, if something got airplay, it went nuclear; now radio just plays to its niche.

There’s very little innovation in the music played on alternative and active rock stations. Hip-hop killed rock and roll, but rather than innovating, rock and roll stayed the same. And now electronic music is killing hip-hop. Sure, kids want something different from their parents, but even more, they want to own the scene, they don’t want to be dictated to, they want something that’s testing the limits!

Look at trends. Ten years ago the major labels said no record ever broke on the Internet. Look at Psy’s “Gangnam Style”! Radio is dying and YouTube and other alternatives are growing.

We, as a culture, want to feel included. That’s what the radio of yore was all about. To grow mass, you’ve got to make us feel included. In other words, it’s all about culture. Talk radio has culture. As does public radio. After that, it’s a vast wasteland of sold-out stations with the same fl aw of network TV. … Trying for broad-based appeal, they appeal to no one, and cede their market to excellence. HBO and the cable outlets killed networks with quality. … If you don’t think new services will kill terrestrial radio, you must like inane commercials, you must like me-too music, you must think airplay on one of these outlets will sell millions of albums, but that almost never happens anymore.