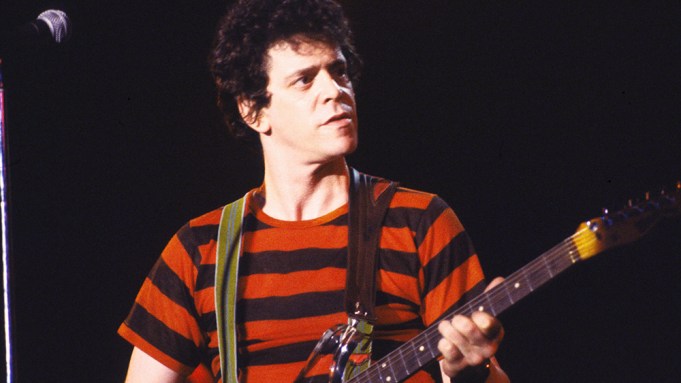 Lou Reed, the singer-songwriter whose darkly poetic recordings as frontman for the Velvet Underground and as a solo artist provided indispensable blueprints for punk, glam, noise rock and nearly every identifiable strain of indie rock, died on October 27. He was 71.

The cause of Reed’s death, first reported by Rolling Stone, is still unknown. However, Reed received a liver transplant in May of this year, and in July he was hospitalized for severe dehydration.

Though he boasted few chart hits, Reed’s career-long compulsion to test rock’s musical and formal boundaries opened up vast new avenues for later exploration by his many aspiring heirs. Reed was perhaps second only to Bob Dylan in his impact on rock and roll’s development as a genre that could accommodate, and in fact encourage, aspirations to high art and literature: Equally influenced by Chuck Berry and Arthur Rimbaud, Reed’s spiky, provocative lyrics tackled the experiences of drug addicts, transvestites, street hustlers and depressives with a directness and empathy heretofore unheard in American popular music.

Like Dylan’s, Reed’s career was filled with sudden stylistic shifts, bouts of attempted self-sabotage and left-field inspirations. His catalog includes some of the most canonical and oft-covered songs in rock history – “Sweet Jane,” “Satellite of Love” and “Walk on the Wild Side” among them – as well as a double-LP major label release of sheer industrial noise, a mostly spoken-word meditation on the works of Edgar Allan Poe, and a 2011 collaboration with metal stalwarts Metallica that stunned even the most jaded of rock critics.

Reed was born in Brooklyn and raised in Long Island by middle-class Jewish parents. He graduated from Syracuse Univ. in 1964 and began an unsuccessful stint as a songwriter-for-hire at Pickwick Records, where he met classically trained Welsh multi-instrumentalist John Cale. The two shared an interest in experimental compositions and drone music, and formed a group called the Primitives. Eventually renaming themselves the Velvet Underground (after a salacious paperback detailing New York’s aberrant sex subcultures) they were soon joined by Reed’s college friend Sterling Morrison on guitar and Maureen “Moe” Tucker on drums.

Over time, the group fell into the orbit of Andy Warhol, who became their manager and featured them in his Exploding Plastic Inevitable multimedia happenings. He also convinced the group – against Reed’s wishes – to include German model-actress Nico as an occasional vocalist. The quintet eventually recorded its first album, titled “The Velvet Underground & Nico,” which was released on Polydor in 1967 after multiple delays.

Quite simply, the album had no real precedent in popular music. While the most of the rock world was busy extolling the liberating possibilities of drugs and free love, Reed’s songs saw past the scene’s carefree facade to the nervous junkie waiting for his dealer on a Harlem street corner, the whip-wielding dominatrix in an underground dungeon, and the weary society girl crying alone in her room after the party had ended. The music was just as distinctive, ranging from the sweet, wistful folk-pop of “Sunday Morning” and “I’ll Be Your Mirror” to the propulsive Stonesy rock of “Run, Run, Run” and the ear-splitting dissonance of “European Son.”

Yet the album’s clear standout was the seven-minute “Heroin,” a sort of nightmare version of “Mr. Tambourine Man” that dramatically threw open the doors for rock music to explore the grimier corners of human behavior and psychology. While gently arpeggiating a simple two-chord pattern, Reed charted a stream-of-consciousness monologue that wound through the regrets, hopeless dreams and desperate justifications of a user in the act of injecting, while, as musical counterpoint, the song’s tempo gradually increased and Cale’s low, ambient electric viola built to squalls of feedback, drowning out all the other instruments.

Like all of the band’s albums, “The Velvet Underground & Nico” sold extremely poorly, though its commercial performance and cultural impact were almost comically misaligned. As Brian Eno later noted in an oft quoted quip, even though the album only sold 30,000 copies in its first five years, “I think everyone who bought one of those 30,000 copies started a band.”

Follow-up “White Light/White Heat” fared even worse on the charts. The band broke with Warhol and Nico prior to recording, and the resulting compositions were far more sonically abrasive and lyrically lurid than the Velvets’ debut. “White Light” culminated with “Sister Ray,” a 17-minute noise improvisation which grew so cacophonous that the record’s engineer stormed out of the control booth in protest. The album would later prove a particularly vital touchstone for the punk rock movement in the mid-1970s.

Cale left the band shortly thereafter, replaced by Doug Yule, and 1969’s self-titled third LP marked another abrupt shift in the group’s approach. Ballad-heavy and spare, the record was perhaps the band’s cleanest, most straightforward showcase for Reed’s strengths as a songwriter, climaxing with “Pale Blue Eyes,” a haunting, ethereal tune that ranks among Reed’s most beautiful vocal performances.

Amidst various interpersonal squabbles, the Velvets were recruited by Atlantic Records imprint Cotillion, and tasked with recording an LP “loaded with hits,” which lead the band to disdainfully title the subsequent record “Loaded.” Easily the most accessible and lushly produced of the group’s records, “Loaded” featured the Reed compositions “Sweet Jane” and “Rock and Roll,” which would eventually become much-loved standards, yet it sold just as slowly as its predecessors. Furthermore, by the time the album was released in 1970, Reed had quit the band.

After living with his parents and working as a typist for a spell, Reed was courted by RCA Records to launch a solo career, and he released a self-titled debut in 1972. Consisting mostly of reworked Velvet Underground material played alongside Yes members Rick Wakeman and Steve Howe, the album’s sales were roughly in line with his Velvet Underground releases.

For the follow-up, however, Reed turned to acolyte David Bowie and his guitarist Mick Ronson as producers, and 1972’s “Transformer” became Reed’s first certifiable hit. Buoyed by smash rock radio single “Walk on the Wild Side,” the album broke into the Top 40 of the Billboard album chart and finally established Reed’s name among mainstream record-buyers. It also added “Satellite of Love” and the transcendent orchestral epic “Perfect Day” to his canon of classic material.

1973’s pitch-black concept album “Berlin” and 1974’s flaccid “Sally Can’t Dance” followed, with the latter reaching No. 10. The latter would be the chart peak of Reed’s career, yet he was hardly shy about his dislike of the record, saying at the time: “This is fantastic. The worse I am, the more I sell. If I wasn’t on the record at all next time around, it would probably go to No. 1.”

Perhaps it was just that the rest of the music world had begun to catch up with him. By the mid-‘70s, British acts like Bowie, Roxy Music and Mott the Hoople had distilled the raggedly melodic aesthetic of the Velvet Underground into glam, while U.S. punk progenitors Patti Smith, Iggy Pop and Tom Verlaine drew heavy inspiration from Reed’s streetwise switchblade-poet persona. Reed himself had become a regular touring draw, and the hard rock-infused 1974 live album “Rock ‘n’ Roll Animal” was another commercial success.

Yet Reed was never temperamentally suited to mainstream rock stardom, and the singer – cranky and irascible in the best of times – grew ever more prickly and alienated as his fanbase grew. In that context, his 1975 double album “Metal Machine Music” was something of an emetic. Containing no proper songs, melodies, singing or traditional instrumentation, the release featured 64 minutes of raw, caustic feedback, with the last side of the last LP even designed to skip and repeat the final few seconds on an endless loop. Many viewed the record as a sort of cosmic joke, while others saw it as Reed’s way to fill out his RCA contract obligation with middle fingers raised high, but Reed often insisted it was meant to be heard as a serious work.

Needless to say, “Metal Machine Music” was not embraced by record-buyers, but Reed found time to pitch yet another curveball within the same year, releasing the warm, tuneful, almost disconcertingly traditional “Coney Island Baby” to moderate success. Signed to Clive Davis’ Arista Records, Reed recorded the indifferent “Rock and Roll Heart” in 1976. 1978’s self-lacerating “Street Hassle” was a far stronger set, though it arrived in the same year as a double live album, “Take No Prisoners,” which contained more grumpy Reed stage banter and off-color jokes than actual music.

1979’s “The Bells” saw Reed collaborate with free jazz legend Don Cherry, and after marrying Sylvia Morales in 1980 and kicking a long-term drug habit, Reed’s more abrasive tendencies began to soften. Reed’s work through the majority of the decade proved reasonably solid and increasingly mature if somewhat unremarkable, though 1989’s “New York” was a late gem, reaching No. 40 on the album chart and turning up on a number of critics’ best-of lists.

Following the 1987 death of Warhol, Reed and former Velvet Underground bandmate Cale reconciled and collaborated for 1990’s tribute album “Songs for Drella,” which eventually lead to a 1993 reunion of the original Velvet Underground lineup. Despite a few successful gigs in Europe, Reed and Cale experienced yet another falling out, and plans for a U.S. tour were cancelled. (Though both vowed never to play together again at the time, they did reunite once more during the 1996 Rock and Roll Hall of Fame induction, performing a new song written in tribute of Sterling Morrison, who died in 1995.)

After divorcing Morales, Reed became involved with musician and performance artist Laurie Anderson – they married in 2008 – and the two collaborated on a number of projects from the late-‘90s onward. In addition to an unexpected gig performing for Pope John Paul II at the Vatican in 2000, Reed released the worthy “Ecstasy” album in 2000, and 2003’s double-album “The Raven” featured spoken-word contributions from Bowie, Anderson, Christopher Walken and Steve Buscemi. In 2011, Reed and multiplatinum rockers Metallica collaborated on a concept album based on the works of transgressive German playwright Frank Wedekind. The record, titled “Lulu,” became Reed’s highest-charting album since 1974, as well as the poorest-selling release of Metallica’s career.

Aside from his Rock and Roll Hall of Fame induction, Reed’s career was light on traditional awards, yet his influence on decades of descendants is impossible to miss. His songs have been covered by everyone from Bowie to U2, Duran Duran, the Runaways, Jane’s Addiction, Susan Boyle, Beck, Nick Cave, R.E.M., Joy Division, Cowboy Junkies and Gang of Four, while hip-hop notables A Tribe Called Quest prominently sampled “Wild Side” for breakthrough single “Can I Kick It?”

Reed is survived by Anderson, his wife.