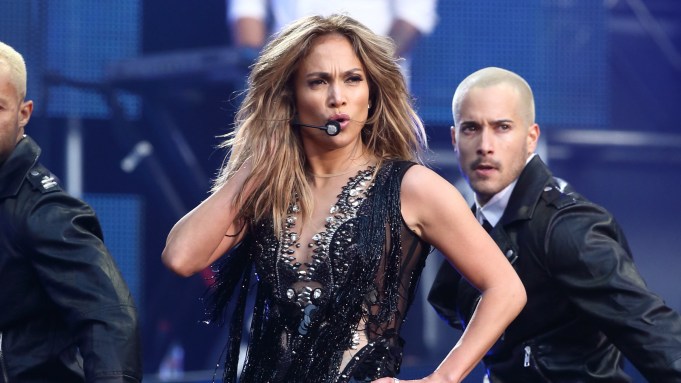 Singer Jennifer Lopez is not the first entertainer to apologize for performing for a political leader with a checkered human rights history, but her appearance singing “Happy Birthday” to the leader of Turkmenistan is bound to raise questions of why show biz figures keep booking such gigs.

On Sunday, her publicist told the Associated Press that she would not have sung to Gurbanguly Berdimuhamedow or even performed in Turkmenistan at all had she known of the human rights record in the country. On its website, Human Rights Watch says that there are “extraordinary levels of repression” in the country.

Lopez’s rep also told the AP that the event had been vetted by her staff, and that she was performing at an event hosted by China National Petroleum Corp. for the company’s executives and not for the government or some other political reason. But at the last minute, Lopez’s publicist told the AP, the corporation made the request to sing to the country’s leader, who was present at the event, and she “graciously obliged.”

“Had there been knowledge of human rights issues any kind, Jennifer would not have attended,” the publicist said.

Concert footage has been posted on YouTube, in which Lopez says “we wish you the very happiest birthday” before singing the song.

The incident speaks to the lucrative nature of celebrity personal appearances at corporate and private gigs in other countries, to which they have little connection yet have at times raised questions of naivety or even judgment. In those instances, they risk tarnishing a celebrity’s activism for human rights causes and other philanthropic endeavors. Lopez, for instance, has appeared on behalf of the Children’s Defense Fund, and more recently has promoted the need for improved health care in Panama.

Stars such as Beyonce, Mariah Carey and Nelly Furtado in 2011 expressed embarrassment for having performed for family members of Muammar Gaddafi, just as his regime was cracking down on demonstrations that eventually led to civil war and his downfall. “I feel horrible and embarrassed to have participated in this mess,” Carey said of a private party she performed at for Gaddafi’s sons. “Going forward, this is a lesson for all artists to learn from. We need to be more aware and take more responsibility regardless of who books our shows.”

Hilary Swank apologized later in 2011 after she attended a birthday gathering for the Chechen leader Ramzan Kadyrov, who has been accused of torture and murder, in what became a P.R. debacle. “Shame on me. The bottom line is I should know where I’m going and I should do better research,” she later told Jay Leno on “The Tonight Show.”

In the wake of the incident, Human Rights Watch and the Global Philanthropy Group even launched a confidential verification service for performers to avoid associating themselves at events with repressive regimes.

Other entertainment figures have not been so apologetic, defending associations with controversial regimes. Sean Penn and Danny Glover drew criticism from the right for their visits to Venezuelan leader Hugo Chavez. Earlier month, as Steven Seagal joined a congressional delegation on a trip to Russia and Chechnya, there were questions over whether the action star and the lawmakers had given too much credence to Vladamir Putin and Kadyrov.

Update:  Here is the complete statement from Lopez’s rep: “Jennifer Lopez and several other artists were invited and performed at a private corporate event for the China National Petroleum Corporation that was presented to their local executives in Turkmenistan.   This was not a government sponsored event or political in nature.

“The event was vetted by her representatives, had there been knowledge of human right issues of any kind,  Jennifer would not have attended.