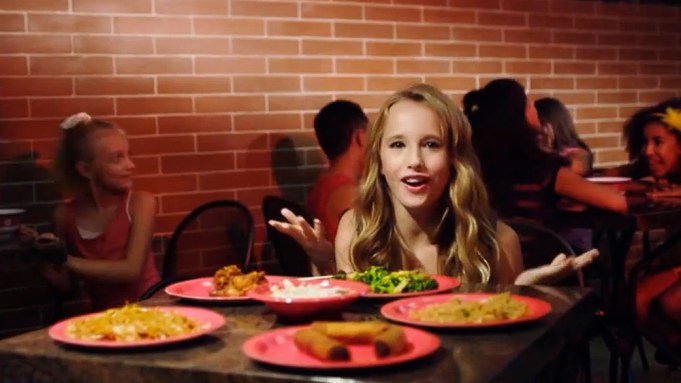 The company behind Rebecca Black’s “Friday” has done it again.

ARK Music Factory released “Chinese Food” by 12-year-old Alison Gold Oct. 14 and the song, which has invited massive criticism from all corners of the web, has found its way onto Billboard’s Hot 100. The song is No. 29 on this week’s chart and No. 5 on the list of top streaming songs.

It most likely managed to sneak on the list due to Billboard’s decision to let YouTube views factor into their calculations, which also allowed “Harlem Shake” to break onto it earlier this year. Patrice Wilson, co-founder of ARK, wrote and co-produced “Chinese Food.” He also raps it in, appearing as a panda who befriends the young singer.

The video, which has more than 10 million views, has been accused of racism. Critics have pointed out problems ranging from the misuse of kimonos (which are Japanese) to the fact that a cashier for the Chinese food restaurant looks too young to work.

ARK Music Factory is the same company that made Black’s 2010 song “Friday,” as well as Nicole Westbrook’s 2012 song “It’s Thanksgiving.”