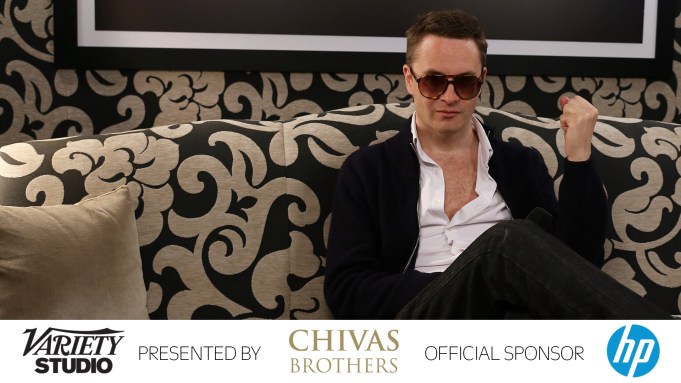 Director Nicolas Winding Refn may have worked with the likes of Ryan Gosling and Tom Hardy but don’t expect the “Drive” filmmaker to tackle studio blockbusters just yet.

“Art and business, especially in movies, go hand in hand,” the filmmaker admitted earlier this week. “(But) having creative freedom is a great luxury.”

Refn, in Cannes for the world premiere of his controversial thriller, “Only God Forgives,” stopped by the Variety Studio, where he made salacious references about big-budget films.

“Hollywood is like going into a hotel room and seeing the most gorgeous escort girl,” he told Variety. “She will say to you “You are the greatest filmmaker in the world, I will do whatever you want’ and you’re so tempted, but you’re also like ‘Am I gonna catch something?'” he said with a grin.

Refn, seen by many as one of the most promising young filmmakers in the world, was attached to Columbia’s Denzel Washington-starrer “The Equalizer,” before dropping out over creative differences. He’s said to be eyeing a few other tentpole projects, but the WME-repped filmmaker, now 42, has yet to take the studio plunge.

“Creative control doesn’t mean a whole lot if what’s at stake is tremendous,” he warned. “If you make a movie that costs $100 million, you may have as much control as you want but if that movie doesn’t make half a billion, you’re going to have an issue.”

His latest effort,  “Only God Forgives,” had issues of its own on Wednesday when the film was promptly booed at a press screening.

Variety‘s Peter Debruge wrote of the film: “As hyper-aggressive revenge fantasies go, it’s curious to see one so devoid of feeling, a venality even “Drive” fans likely won’t be inclined to forgive.”

Gosling, who last starred in Refn’s 2011 cult smash, “Drive,” wasn’t able to make it to Wednesday’s debut. The actor was back in the U.S. shooting “How To Catch A Monster,” his first film as a director. Cannes director Thierry Fremaux read a letter from the actor, who apologized for not making it to the world premiere.

“Nicolas, my friend, we really are the same person in different dimensions,” Gosling wrote in support. “I am sending you good vibrations.”

Kristin Scott Thomas, Gosling’s co-star in “Only God Forgives,” was written into the screenplay in order to make the story more tangible.

“I never thought she would do it, I was casting unknown actresses,” Refn says.

“She’s everything you think and wish her to be,” Refn says of the actress. “She had no problem turning on the bitch switch.”

“Only God Forgives,” which opens July 19 in the U.S., will premiere domestically next at the L.A. Film Festival.