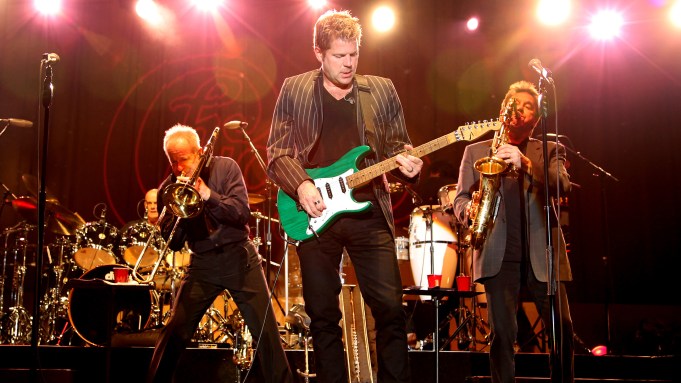 Larry David, other stars and friends gathered at the Cinerama Dome July 31 to celebrate the premiere of HBO’s “Clear History.”

Like David’s “Curb Your Enthusiasm,” actors improvised and there was no written dialogue in the script, which made directing a unique experience for Greg Mottola.

“Sometimes we would shoot an entire scene and finish it and say, ‘That didn’t work. That’s not the right scene for the movie,’ and we’d shoot it all over again,” he said. “So it was really kind of a cool and terrifying process.”

“It was a lot of not knowing what you’re going to do, but something comes out, it works really well,” said Amy Ryan, who plays David’s ex in the film. “It’s a surprise; you’re not quite sure how you got there. It’s just a little intimidating, but it works.”

David, however, had another challenge to deal with. For a portion of the movie, he has a full beard and long hair, which apparently wasn’t so comfortable.

“The wig felt like I had a thousand insects crawling on top of me. It reminded me of when I wore contact lenses,” he said, rubbing his head. “When they first came out, they were hard contact lenses. And I couldn’t wear them. I couldn’t get used to them. It was awful.”

However, his thoughts changed when he saw himself in the mirror.

“I thought, ‘Boy, that’s an attractive fellow,’” he said.

After the screening, after party at Oscar Outdoors featured a Ferris wheel, carnival games, clowns, dunk tanks and popcorn stands. Even the napkins fit with the theme of the movie, reading “Like you never made a mistake?”

Big surprise was a concert by Chicago, who features prominently through the movie.