Walk of Fame Honoree Jerry Bruckheimer Is That Rare Species: The Branded Producer

Blockbuster filmmaker sounds off on audience expectations, the comfort of sequels and his worship of talent 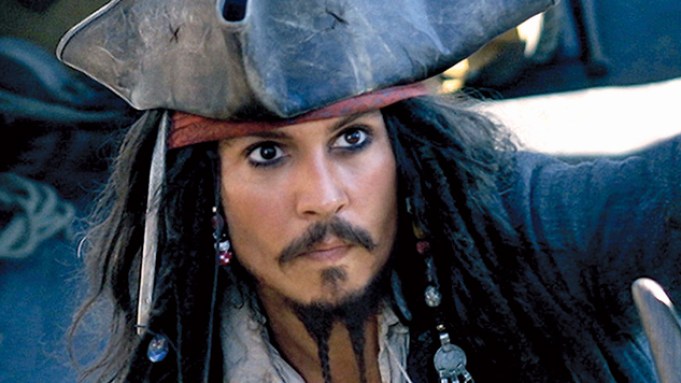 “They’ve been neglecting me for years, what can I say?” quips the producer of “Top Gun,” “The Pirates of the Caribbean” movies and such Emmy-monopolizing series as “The Amazing Race.” “Actually, it had been offered before and we wanted to wait for the right time, and “The Lone Ranger” is the right time.”

The fact that Bruckheimer would synchronize both his kemo sabe moment with postcard Hollywood and a plug for his latest project, which stars Armie Hammer in the title role and Johnny Depp as his sidekick Tonto, reveals the kind of promotional instinct that has governed his four-decade career in film and television, and made him that rare animal: the branded producer.

There have been others, of course: David O. Selznick. Cecil B. DeMille. But the swath that Bruckheimer has cut through the entertainment industry currently seems without equal. It includes several of the most profitable movie franchises in history — “Pirates,” “National Treasure,” “Bad Boys” — a number of the most consistently reliable TV series (“CSI” and its subspecies; “Amazing Race”) and a catalog of distinctive one-offs that range from “American Gigolo” to “Flashdance” to “Gone in Sixty Seconds” to “The Prince of Persia.”

Once known as “Mr. Outside” to partner Don Simpson’s “Mr. Inside” (“We’d have a meeting at a studio and Don would tell me afterwards what really happened”), Bruckheimer has become “Mr. Blockbuster” for good reason: He’s imperiled more onscreen real estate than the asteroid in Armageddon (also one of his movies) and, as Variety noted in 2003, was the first to produce two of the highest-grossing films of a single weekend (“Bad Boys II” and “Pirates of the Caribbean: The Curse of the Black Pearl”).

He’s also Mr. Sequel: His current projects are rich in 2s and 3s and even a 6 (although he insists that Pirates 6 will really have to wait for the returns on Pirates 5).

And yet, when asked, Bruckheimer has named “The Godfather” and Francois Truffaut’s “The 400 Blows” as among his favorite films. “And I’m a big fan of David Lean,” he says. “But they’re pictures that were right for their time and time marches on. Other kinds of films attract an audience. Taste changes. I’m proud of our films, and I’m proud of the sequels: Our job is to entertain audiences. That’s what studios pay us to do.”

The audience is king, he says, and when an audience appreciates something, they want to see more of it. If you’ve seen one Pirates, in other words, you want to see them all.

One of Bruckheimer’s strengths, says Jon Turteltaub, director-producer of “The National Treasure” movies, is not just getting characters right, but getting the emotional connection between audience and character right. “For instance, you’ll never see a Jerry Bruckheimer movie where the lead character is an asshole,” Turteltaub says. “They’re always good people with good intentions. They may have personal issues, they may be grumpy, but they’re never motivated by evil things.”

He says one exception might be Depp’s Pirates ringleader Jack Sparrow, but as Turteltaub points out, the story of the original “Pirates” belonged to Orlando Bloom’s character, with Depp a supporting actor. In an early version of National Treasure, Nicolas Cage’s character was a thief, being asked to steal the Declaration of Independence. “And Jerry made it very clear that wouldn’t work as well, that the lead character’s soul must be in the right place from the get-go.”

As these lead characters become ingrained in the collective consciousness, their familiarity becomes Pavlovian conditioning for consumers. “Movie tickets aren’t cheap,” Bruckheimer says. “And when a title is pre-sold, it gives the studio some comfort; it allows them to keep their stockholders happy. They don’t keep their jobs very long if they don’t make money.”

Bruckheimer is making the stockholders of the Walt Disney Co. happy, even if one of his up-and-going projects, “Beware the Night” with Eric Bana, is being made at Screen Gems. “We have a clear idea of our strategy,” says Disney president of production Sean Bailey. “Marvel, Disney, Lucasfilms, Pixar, etc., and that particular picture doesn’t fit our strategy; it’s a darker thriller. But we talked about it very directly with Jerry.”

Adds Bruckheimer: “We’re developing projects for Disney, and it’s more than a first-look deal, but if for whatever reason they don’t want to make something, we have the right to take it out elsewhere.”

The Bana film isn’t the first time he’s moved. “’Black Hawk Down,’ for instance, we made at Sony,” Bruckheimer explains. To fit with Disney, he says, a project has to be a certain kind of picture, especially with the disappearance of the alternative Mouse House imprints.

“Touchstone is pretty much gone,” he notes, “so it has to work with Disney, Marvel or DreamWorks.” An example is National Treasure 3, for which a script is being developed. “(Disney Studios chairman) Alan Horn came in and said, ‘This is a good franchise, let’s keep it going,’” Bruckheimer says, noting that the series’ fate had been altered by regime change. “(Departed Disney chair) Rich Ross hadn’t been excited about it.”

“He’s incredibly inclusive,” says Bailey of the producer. “One of the things I learned coming into this job is that when a movie is shooting, he’s calling you multiple times every day. And he knows every detail of the picture. It’s never the case that he’s not aware, for instance, that there was bad weather on a shoot, and he’s on top of it and proactive, updating and working with you, hour to hour. So it’s a very shoulder-to-shoulder process.”

Adds Turteltaub: “You know what’s funny, people assume that because he’s a big producer he’s a big huge guy with a lot of bravado and bullish, boisterous tactics and that’s not him at all. He’s quiet, he’s soft, attentive and nice. That’s one of the big surprises; you expect a bully and that’s not him.”

Bailey notes that “obviously, he’s the king of the live-action side, a go-to guy for us. He’s made a lot of the biggest movies in this studio’s history, been a champion and shepherd of live action’s biggest franchise.” That would be “Pirates,” on which Bailey worked with director Rob Marshall, and he says the studio is now getting under way with Pirates 5, which he says will start shooting next year.

“He understands the big idea,” says Bailey about Bruckheimer. “He has an incredible eye for talent, he’s exceptional in many phases of filmmaking, knows how to put a team together and he’s a wizard in post production. Really, it’s an alpha-to-omega skill set.”

Adds former Disney Studios chairman Dick Cook: “Jerry is the consummate professional — always in control, over budget and two steps ahead of the competition. Jerry and I have had the most fun-filled 20-year relationship … encompassing 27 movies that have grossed $8.6 billion around the world. No one in the entertainment industry lives and breathes movies more than Jerry.”

Bruckheimer was born in Detroit to parents who left Germany just before Hitler came to power. Some 67 years later, one imagines, he gets up in the morning, drinks eight Red Bulls and changes the batteries in the twin cell phones surgically attached to his skull.

“I get up early — up by 6, work out, start my day,” he says. No big deal. The key, one guesses, is hiring the right people. “Exactly,” he agrees. “Having a group of people who make you look good, who know how to keep older shows alive and how to keep things running smoothly.”

At his production house, Bruckheimer Films, he says, “We worship talent, try to associate with as many talented people as possible. Gore (Verbinski). Or Johnny (Depp). They’re both enormously talented.”

And they’re not exactly at a disadvantage, working with Bruckheimer. “Look back at Johnny’s career before Pirates,” Bruckheimer says. “He’d made a lot of interesting films, but he never reached the global audience of Pirates. I always felt he was a superstar.”

Even if he plays the role of anti-star?

“Maybe, but you know, he loves what he does. He shows up for all the prominent events. He might not hang out because he spends a lot of time outside the States, but he certainly is there to support his movies.”

Bruckheimer, too. When he gets his star on the Walk of Fame, he says, “I’m just going to show up, say a few words, and promote ‘The Lone Ranger.’

“I kind of feel I never look back,” he adds. “I’m always worrying about the next picture, but I never think about success or failure of my movies — you learn more from failures anyway.”