Continue to Variety SKIP AD
You will be redirected back to your article in seconds
Jun 19, 2013 12:38am PT 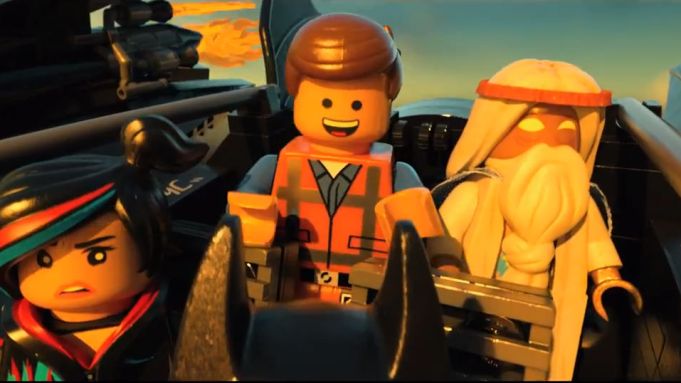 “Toy Story” meets “The Avengers” in the teaser for “The Lego Movie,” a high-concept Warner Bros. idea that, until this very second, most of us didn’t have any idea how they would possibly go about bringing to the bigscreen. Turns out the strategy is to embrace the building-block nature of the world and its characters (as opposed to the “Legends of Chima” animated series and various videogames), while using CG to do what most kids already do with their imaginations, which is bring the plastic playthings to life.

Opening with a clever bait-and-switch sequence that looks like it might be the setup for “The Avengers 2” and sounds like the digital grinding of a possible “Transformers 4,” the teaser might fool fans of both those series in theaters. The film’s plot doesn’t much matter, though the clip scores a few laughs by putting its premise in the mouth of Morgan Freeman, who voices a Lego wizard.

The rest of the ensemble constitutes a mix of classic Lego figures (a glow-in-the-dark ghost, “1980-something space guy”), recent-ish additions (including Mermaid, Hazmat Man, Circus Clown and Crash Test Dummy from the blind-bagged series) and a whole raft of WB-licensed characters (pretty much the entire Justice League: Batman, Superman, Green Lantern and Wonder Woman, but no “Star Wars” or Indiana Jones), with a few new ones invented for the sake of the movie.

Though the story involves your usual countdown-to-destruction action-movie premise, the approach will clearly be comedic. The trailer touts architects’ Phil Lord and Christopher Miller’s experience on “Cloudy With a Chance of Meatballs” (they also put a satirical spin on “21 Jump Street,” though the kiddies didn’t see that) and demonstrates both their creativity and their capacity to be funny, reinforced by a glimpse of the cast, whose involvement may entice adults.

From an animation point of view, it’s nice to see the film playing within the physics of the Lego-verse, allowing characters to pivot and wiggle, but not to bend. That’s a minor distinction, but suggests that the team is staying true to the toys, harnessing CGI to have as much fun as possible within the realm that Lego has already established, rather than going all Michael Bay and letting them transform in fancy new-fangled ways. If this trailer is any indication, it takes equal parts nostalgia and ingenuity to build a proper Lego movie.