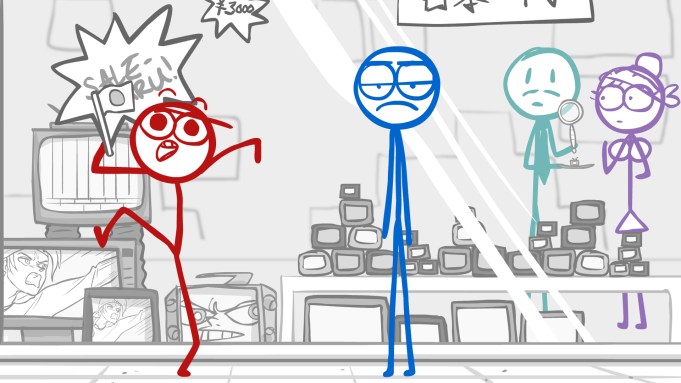 A movie version of popular YouTube series “Dick Figures” has been set for release online on Sept. 17.

The low-brow series has generated 350 million views on YouTube from 40 episodes over three years through Mondo Media, starting with “A Bee Or Something” and including such chapters as “Sex Marks the Spot” and “Pussy Magnet.”

“Dick Figures The Movie” will be released on YouTube through an ad-supported campaign and will be made available through rental on digital platforms in a partnership with YouTube/Google, Cinedigm and Yekra.

“The distribution model will combine ad-supported and paid options across all major digital platforms, giving fans control over how they want to watch,” said Aaron Simpson, VP at Mondo Media.

The trailer for the film contains plenty of violence, explosions and a sword-wielding raccoon.