In just two weeks, the indie has grossed nearly $500K on only 23 screens 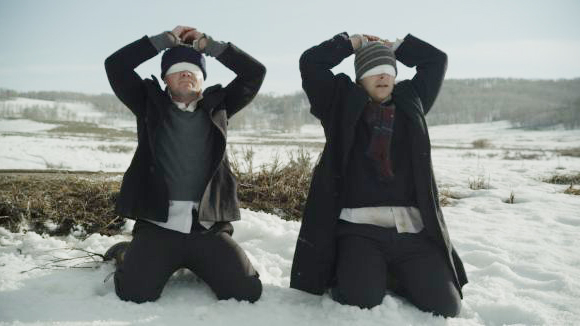 Writing its own box office success in the history books, “The Saratov Approach,” the real-life story of two Mormon missionaries who were kidnapped and tortured in Russia, has quietly become a local B.O. hit in heavily Mormon areas throughout Utah, grossing nearly $500,000 in two weeks on only 23 screens.

During its opening frame two weeks ago, the film, which is written and directed by Garrett Batty, averaged $11,000 per screen — the highest per-screen average for a limited release that weekend.

“Saratov Approach” has generated a groundswell of support from the Mormon community, especially Mormon teens and Brigham Young U. college students, who are touting the film on social media.

“Normally, you have moms and dads saying to their kids, ‘Come on, let’s go support our heritage,'” explained Brandon Purdie, an independent distribution consultant, who is releasing the film via his company Purdie Distribution.

“The difference with this film is that you see young audiences carrying the movie,” Purdie added.

Unlike Christian faith-based films, whose producers use ministry outreach to promote their films, Mormons do not allow promoting materials for commercial gain in their congregations.

Instead, Purdie and producer-actor Maclain Nelson attribute the film’s word-of-mouth with younger auds primarily to the film’s real-life modern story, as opposed to the more traditional films about the Mormon religion.

“We really did our best to be as honest as possible and not to sugar-coat the story,” said Nelson, who recently held a private screening of “Saratov” for Larry King, whose wife is a devout Mormon.

The story centers on Mormon missionaries, Travis Tuttle and Andrew Propst, who made global headlines in 1998 when they were abducted, tortured and held hostage for nearly a week in Saratov, Russia.

The film expands Friday to heavily populated Mormon cities outside Utah, including Mesa, Ariz., and Boise, Idaho. Major U.S. markets such as Denver, L.A., Houston and Sacramento expand on Dec. 6.

Purdie said he anticipates “Saratov” to play at approximately 500 locations at its widest, with potential for cross-over appeal. In fact, the nation’s largest theater chains including Regal, AMC and Cinemark are requesting the film have a wider footprint based on its early success.