With FilmDistrict’s DNA, Will Focus Get a Commercial Makeover?

Some of the indie distrib's 45 staffers will be laid off 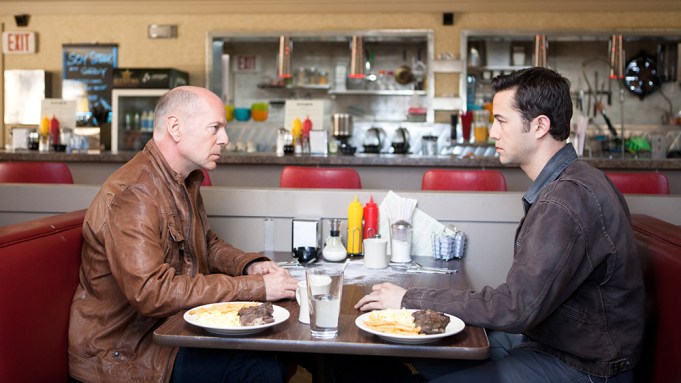 As Focus Features absorbs both the indie distrib FilmDistrict and its founder Peter Schlessel by January, Focus will be able to move into making the kind of movies that FilmDistrict has become known for: titles with clear commercial appeal that sometimes retain an indie sensibility.

While Focus has sometimes struggled with films that didn’t crossover from arthouses, FilmDistrict has made a specialty of releasing low-to-medium budget actioners that often saw solid returns, sometimes with prestige elements such as Spike Lee’s upcoming Korean remake “Oldboy.”

Some of the 45 Santa Monica-based FilmDistrict staffers will be let go, while the rest move over to Focus. The company’s absorption into Focus is a blow for the indie community, which looked to FilmDistrict as a valuable alternative to small specialty distribs and blockbuster-focused studios.

Schlessel will become the CEO of Focus in January, reporting to Universal Pictures chairman Donna Langley. FilmDistrict titles set for release after January will be absorbed into Focus; the filmDistrict brand will then live on solely in library titles.

FilmDistrict has seen success this year with “Olympus Has Fallen” grossing $98 million domestically and “Insidious Chapter 2” with nearly $70 million. Before it vanishes, FilmDistrict will handle Spike Lee’s “Oldboy,” opening Nov. 27, and romcom “That Awkward Moment,” set for Jan. 31.

FilmDistrict was founded in September, 2010, by Schlessel in partnership with Graham King and Timothy Headington’s GK Films with a focus on midrange pictures. Its first titles — “Insidious” and “Soul Surfer” — were released in April, 2011, and performed well with combined $95 million domestic gross.

During its three years of operations, Schlessel forged several partnerships to release FilmDistrict titles, partnering with TriStar on “Soul Surfer” and “Looper” and with Open Road on “Lockout” and “Red Dawn.”

Other FilmDistrict titles included “Don’t Be Afraid of the Dark,” “Drive,” “The Rum Diary,” “Evil Dead,” Safety Not Guaranteed” and “In the Land of Blood and Honey.” Upcoming titles include “Pompeii,” which TriStar will release in Feb. 21, and Elizabeth Banks comedy “Walk of Shame,” due out in March; and “Selfless,” starring Ryan Reynolds on Sept. 26.

FilmDistrict had acquired U.S. distribution rights to Mike Flanagan’s horror-thriller “Oculus” at Cannes last year but producers backed away from that pact just before the Toronto Film Festival due to a proviso recalling for a wide release. With the project’s U.S. rights for sale again, Relativity then bought “Oculus” following its premiere in Toronto’s Midnight Madness section.

As for Focus, it made a major splash at Toronto with its $7 million purchase of worldwide rights to Jason Bateman’s spelling-bee comedy “Bad Words” in his feature directorial debut. Produced by Bateman’s 18-month-old Aggregate Films with Darko and MXN Entertainment, Bateman stars with Allison Janney, Phillip Baker Hall, Kathryn Hahn and Rohan Chand.