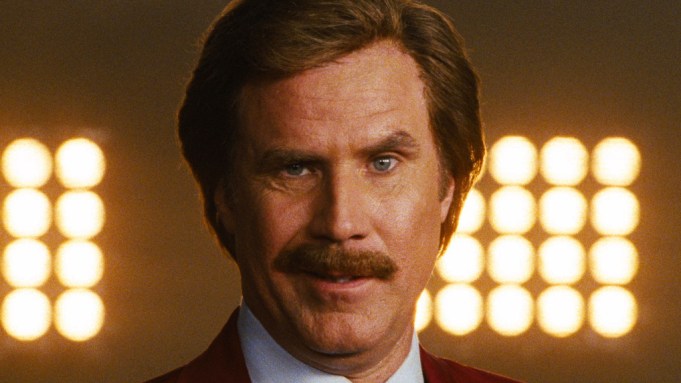 Ron Burgundy and the Channel 4 news team are back, this time on the streets of New York.

“I’m gonna do the thing that God put Rod Burgundy on earth to do–have salon quality hair and read the news.”