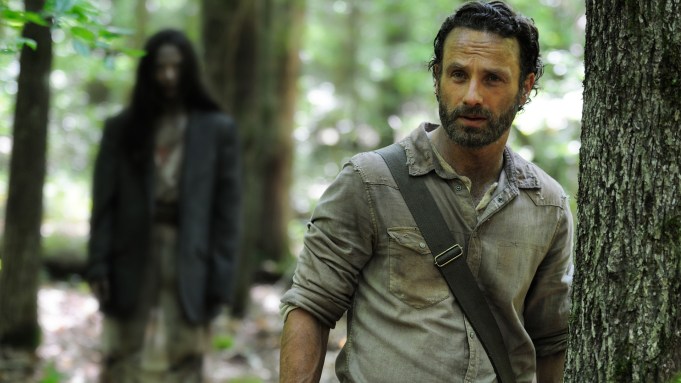 Besides AMC announcing the premiere date for “The Walking Dead,” a new full-length trailer for the new season was also unveiled during the show’s Comic-Con panel.

The trailer is nearly four and  half minutes and features Rick and the gang getting used to their new group members while also deciding whether to stay at the prison or find a new home. The trailer also features plenty of zombie action and also hints at a possible traitor in the group who poses as much of a danger as the zombies outside the gate.

The one character missing from the trailer is David Morrissey’s “The Governor,” the main antagonist during season three and who was last seen murdering a handful of his followers before running off with his henchmen. There are several reasons why he may not appear in the trailer, one of them being that this trailer is only for the first half of the season.

AMC has taken to running the series in half: airing part in the fall and part in the winter.

The new season premieres on Oct. 13.