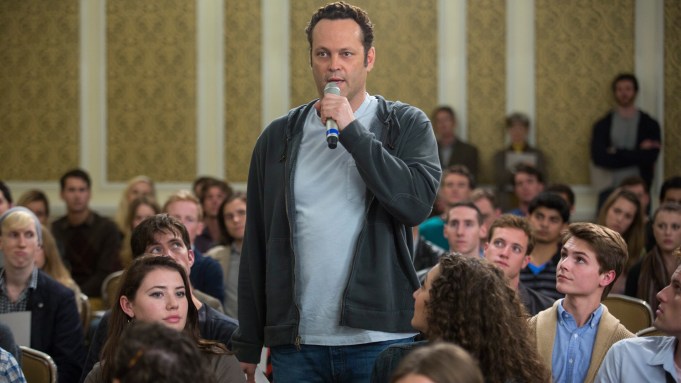 After sharing screen time with Owen Wilson in “The Internship,” Vince Vaughn is front and center in the latest trailer for the DreamWorks pic “Delivery Man.”

The film stars Vaughn as a man who learns that a sperm bank mishap has made him the biological father to 533 children. Most of the trailer shows Vaughn trying to connect with as many of the kids as he can and features as much heart as it does laughs.

Chris Pratt and Cobie Smulders also star in the pic, which will bow on Nov. 22.

Vaughn is keeping busy. Besides starring in these two films this year, he is schedule to shoot three films back-to-back, starting in August. He’s in the Universal pic “Term Life,” followed by the New Regency comedy “The Business Trip” and then the Paramount comedy “Daddy’s Home” with Will Ferrell. The last will shoot in the first quarter of 2014.