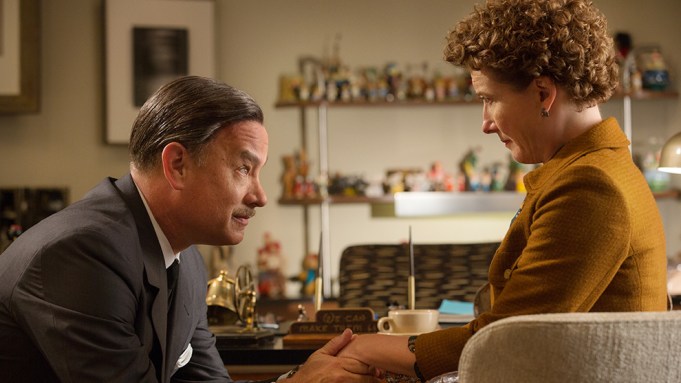 Disney has played to its strengths in marketing  “Saving Mr. Banks” by focusing on tradition and family. And its just-released featurette on the making of the film, which debuts here, is no exception.

There are a lot of fact-based films this year that focus on people who are famous (“Mandela: The Long Road to Freedom”) or lesser-known individuals doing something extraordinary (“Lone Survivor,” “Dallas Buyers Club”). “Mr. Banks” is absolutely in the former group, and the studio has set out to ensure that everyone in the world fall in (or rekindle their) love with both Walt Disney the man and the company that brought them “Mary Poppins.”

This featurette taps into the Disney legacy (this is the studio’s first fictional depiction of Uncle Walt) and brings out the studio’s secret weapon: Richard M. Sherman, who co-wrote the “Poppins” songs with his late brother Robert and who has been tireless in promoting “Mr. Banks.”

The film opened limited Dec. 13, then expanded on Dec. 20. This past weekend, biz was up 50% at the same number of theaters — an even higher jump than Disney’s other family friendly winter treat, “Frozen.”