'Despicable Me 2,' 'Fast and Furious 6' are two of this year's highest-grossing films 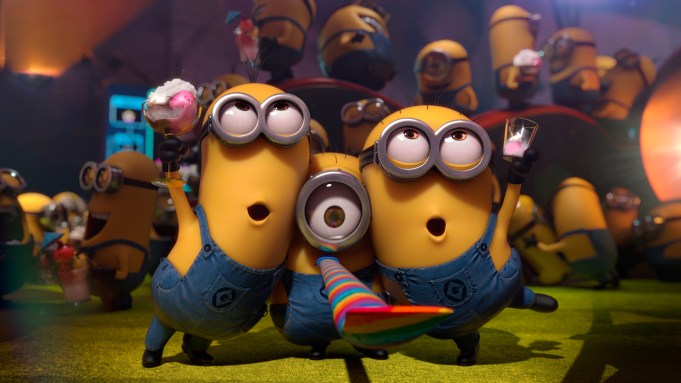 A month before Adam Fogelson was ousted as Universal Pictures chairman, the studio announced it had crossed $1.8 billion in international ticket sales, making 2013 already its best year ever overseas. In fact, the Comcast-owned studio is on track to break its global box office record of $2.93 billion set last year.

Yet, despite the record, Fogelson was given the boot on Monday when Comcast executive Jeff Shell was named chairman of Universal Filmed Entertainment Group. The timing took many in Hollywood by surprise, despite that under Fogelson’s watch Universal suffered some major financial losses with the recent costly bombs “Battleship” and “R.I.P.D.”

“Battleship” lost the studio $83 million during the second quarter of last year. U’s biggest miss so far this year is “R.I.P.D.,” which cost $130 million to produce (not including marketing) and has so far grossed a dismal $67 million worldwide.

Universal faces an uphill battle with its expensive Christmas day release, “47 Ronin,” which is already gathering negative buzz with a budget estimated at a hefty $240 million. U has already moved the opening date twice.

Industry insiders have long speculated that Fogelson’s number two, co-chairman Donna Langley, was going to be the one to lose her job as a result of the studio’s rocky performance in recent years. Instead, it appears that her strong relationships with filmmakers, not only saved her job, but resulted in her new promotion to chairman of Uni Pictures.

Langley will now report to Shell, who will answer directly to Comcast CEO Steve Burke. Ron Meyer, who has been atop Universal Studios for the past 18 years, has been handed a new title of vice chairman of NBCUniversal.

“R.I.P.D.” aside, it’s been an impressive year for the studio: “Despicable Me 2” and “Fast and Furious 6” are this year’s second- and third-highest grossing films, with $833 million and $788 million worldwide. Also, “Identity Thief” became a first-quarter hit earning nearly $175 million.

The studio’s bottom line was bolstered further by highly profitable hits like “The Purge,” which cost just $3 million to produce and grossed $86 million, and “Mama,” grossing $146 million, with a price tag of only $15 million.

Domestically, the studio’s slate has generated $1.24 billion, behind only last year’s record take of $1.32 billion.

Up next is Ron Howard’s Sept. 20 opener “Rush,” which premiered Sunday night at the Toronto Film Festival, an event attended by Meyer and Langley.  Richard Curtis’ romantic comedy “About Time” will debut in theaters on Nov. 1, followed by “The Best Man Holiday” (Nov. 15) and “Lone Survivor” (Dec. 27).