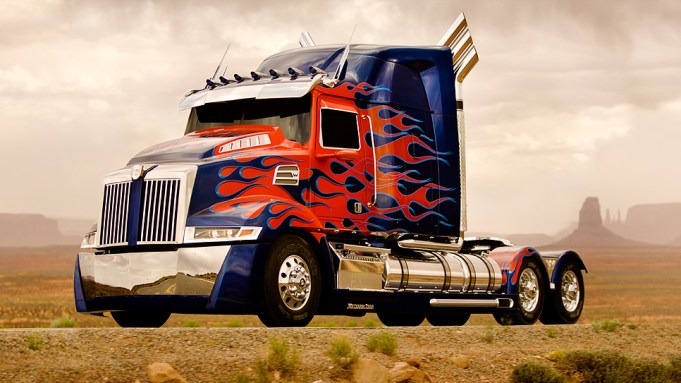 Michael Bay has unveiled the military tactical vehicle he’s using for the Hound character in “Transformers 4.”

The director, who has started shooting starting in Monument Valley, revealed the new design Friday for the Autobot on his website thusly: “The always rugged and reliable Hound, one of the Family of Medium Tactical Vehicles from Oshkosh Defense.”

The Hound originated in the Transformers universe as a Jeep. Bay has also revealed that the Bumblebee character will be portrayed as a 1967 Camaro SS while two of the Autobots will be a Bugatti Grand Sport Vitesse and a C7 Corvette Stingray, based on Chevrolet’s upcoming 2014 production car.