Continue to Variety SKIP AD
You will be redirected back to your article in seconds
Dec 11, 2013 10:45am PT 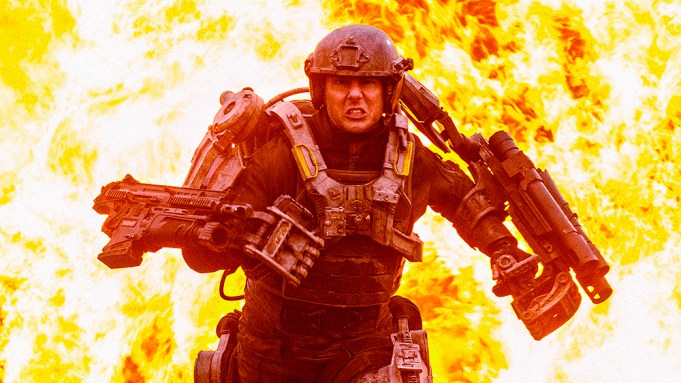 Warner Bros. has released the first trailer for Tom Cruise’s sci-fi thriller “Edge of Tomorrow,” six months before the film opens on June 6.

The trailer highlights Cruise’s character being stuck in a time loop. Film is set in the near future when an alien race has hit the Earth in an unrelenting assault, unbeatable by any military unit in the world.

Cruise plays an officer who has never seen a day of combat when he is unceremoniously dropped into what amounts to a suicide mission. Killed within minutes, he finds himself thrown into a time loop where fights and dies in the same battle, but with each occurance, becomes able to engage the adversaries with increasing skill.