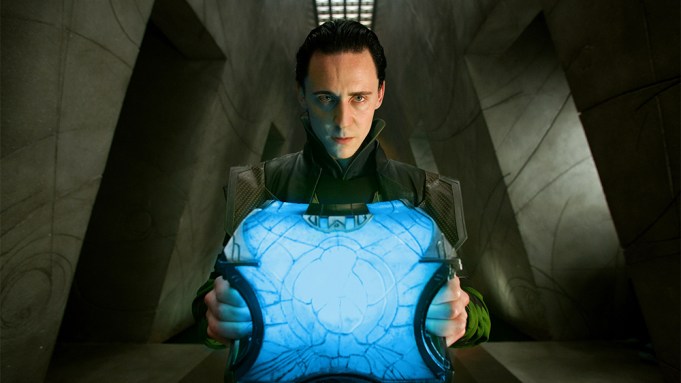 Loki isn’t too pleased with the response he gets from four little kids.

In a Comedy Central spoof of AT&T’s series of commercials starring “Saturday Night Live” regular Beck Bennett, released online this week to promote Marvel Studios’ “Thor: The Dark World,” out in theaters Nov. 8,  actor Tom Hiddleston poses as his tricky villain and asks the group who is better: Thor or Loki?

After a little girl explains why she prefers the Norse god, Loki shoves her. “See, who needs a hammer? I pushed you over with my bare hands.”

As of Wednesday, the clever send up had been viewed over 1.3 million times on Comedy Central’s YouTube page, with links to the video available on other pages, increasing its exposure.