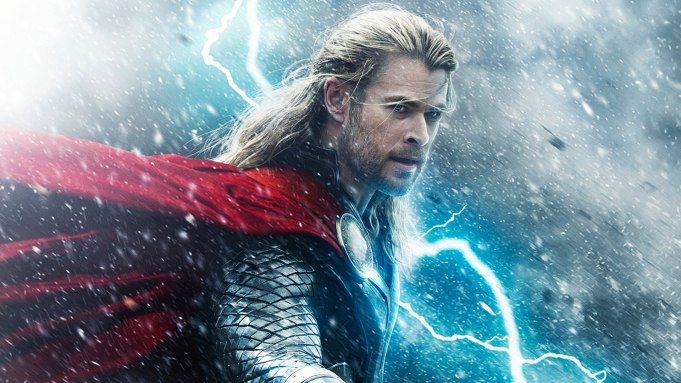 As “Iron Man 3” gears up for next week’s launch, Robert Downey Jr.’s “Avengers” counterpart will hammer out his own destiny this fall in Disney’s “Thor: The Dark World.”

Starring Chris Hemsworth and Natalie Portman, Disney and Marvel’s “Thor” sequel was directed by Alan Taylor and arrives on November 8.

Pic should be a true test of “The Avengers” might.

Marvel’s first “Thor,” released in 2010, earned a solid $181 million at the domestic box office and $449 million worldwide, which was slightly ahead of “Captain America’s” $176 million and $378 mil worldwide come but not exactly Iron Man figures.

“Thor” will square up against a pair of Lionsgate heavy hitters come Thanksgiving. Bowing Nov. 8, “Thor” will be preceded by sci-fi actioner “Ender’s Game” on Nov. 1 and “The Hunger Games” sequel, “Catching Fire,” on Nov. 22.