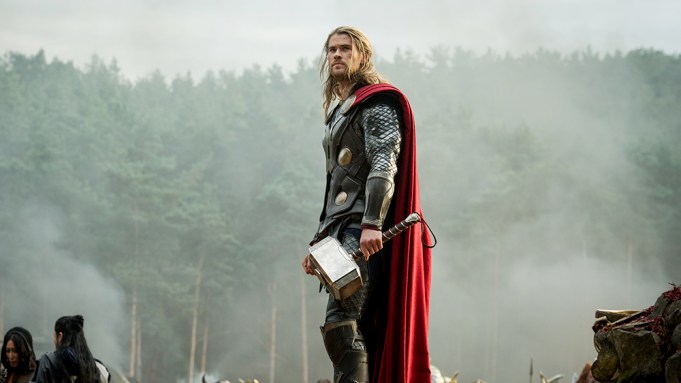 After the huge success of “The Avengers” and “Iron Man 3,” Marvel hopes its positive streak at the box office continues with “Thor: The Dark World” having released the latest trailer for the sequel.

Starring Chris Hemsworth and Natalie Portman, the film focuses on its title character who is out to save the universe from another destructive force.

While the first trailer only gave us a glimpse of Thor’s brother and nemesis Loki, played by Tom Hiddleston, this trailer gives plenty of more time to him and also delivers more over-the-top set pieces that should excite the fans of the original.

Given the success of “The Avengers” and Hemsworth’s rise as one of the biz’s top leading men, it will be interesting to see the turnout for this film after its predecessor brought in nearly $450 million worldwide.