‘The Hobbit: The Desolation of Smaug’ Trailer Debuts 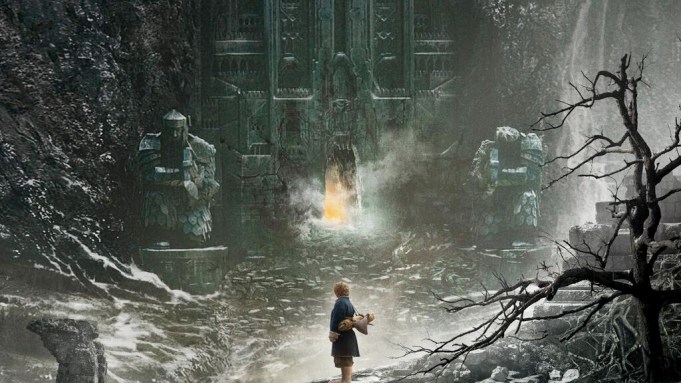 The first trailer for Peter Jackson’s “The Hobbit: The Desolation of Smaug” with New Line and MGM offering the first look at the titular Smaug.

Orlando Bloom’s Legolas opens the trailer and Smaug the Dragon, voiced by Benedict Cumberbatch, closes it. It also introduces Tauriel, an elf warrior played by Evangeline Lilly, and Luke Evans as Bard the Bowman.

“The Desolation of Smaug” will open Dec. 13 and follow Martin Freeman’s Bilbo Baggins, 13 dwarves and Gandalf in their quest to fight the dragon Smaug. The first film, “An Unexpected Journey,” grossed $1.02 billion worldwide after its December 2012 U.S. release, and the third film “The Hobbit: There And Back Again” will open on Dec. 17, 2014.

All three films were shot in 3D at 48 frames-per-second and will be released in a variety of formats — High Frame Rate (HFR) 3D, other 3D formats, IMAX and 2D.