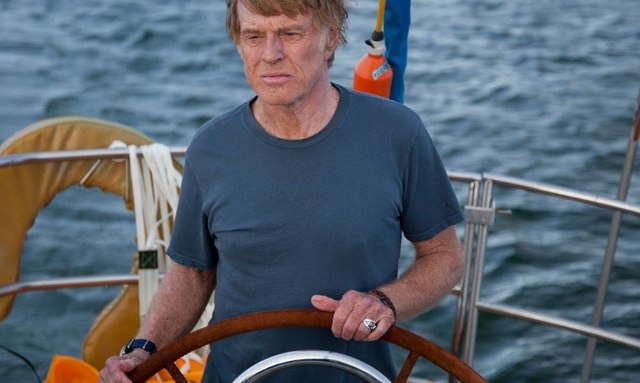 French love story “Blue Is the Warmest Color,” which won the Palme d’Or at Cannes, is the most prominent international title in a lineup that features several notable films that will head to the Toronto Intl. Film Festival including Cambodian doc “The Missing Picture,” which won the Un Certain Regard prize at Cannes.

Unlike previous years, Telluride is offering five days of film rather than four and half a dozen guest directors rather than one as a way of celebrating the 40th iteration of the fest and its 1974 founding by Tom Luddy and James Card along with Bill and Stella Pence.

The festival will feature tributes to Redford and Rasoulof along with a joint tribute to the Coen brothers and T Bone Burnett and the debut of the Werner Herzog theater including showings of his 1972 drama “Aguirre, Wrath of God” and his new “Death Row” doc.

Before “Aguirre” is screened, Cinepolis topper Alejandro Ramirez will be presented with a special medallion for his efforts through his Mexico-based chain to address issues of poverty and social responsibility.

Several prominent documentaries are also in the lineup including Errol Morris’ “The Unknown Known,” centering on Donald Rumsfeld; “Tim’s Vermeer,” produced by Penn Jillette and Farley Ziegler and directed by Teller; and “The Galapagos Affair: Satan Came to Eden” by Dan Geller and Dayna Goldfine.

“We always have an overstuffed program so  wanted to be able to give people a chance to see more films by adding the extra day,” festival exec director Julie Huntsinger told Variety. “And we want do a major celebration for Tom, Bill and Stella.”

Huntsinger also said three additional sneak screening titles will be brought in during the fest with the first announced Thursday. Ben Affleck brought “Argo” to last year’s fest for a sneak showing.

The fest screenings kick off Thursday with the Redford tribute and “Llewyn Davis.” The fest has also organized a free Wednesday night concert featuring music from “Davis” with a performance by the Punch Brothers, who perform in the film.

“No one wants to go to a free concert when the movies are screening, but there are a lot of people who get to Telluride early,” Huntsinger explained.

Telluride’s seen an impressive list of awards contenders in recent years, serving as the launching pad for “Argo,” “The King’s Speech,” “The Descendants,” “Slumdog Millionaire,” “Juno,” “Brokeback Mountain,” “Capote” and “The Last King of Scotland.”

Unlike the Venice and Toronto fests, however, Telluride continues to opt for a straightforward presentation without red carpets or awards competitions. The organizers refuse to tout any title as a “premiere.”

The event has also remained singular among the major festivals by keeping its titles a secret until the day before it opens. The final decisions were made mid-August and most of the lineup was in place at the start of the month, Huntsinger said.

“DCP (digital cinema package) has made it far easier for us to screen films without leaving Berkeley,” she added.

Huntsinger notes that the festival remains open to anyone who shows up and, though most attendees purchase passes, individual tickets remain available to many of the screenings.

The festival has issued 3,000 passes, most of them sold at the $700 “festival” designation with sales closed in May. For the first time, the passes will contain a computer chip that will track which films a holder has attended.

“In coming years, people will have access to much more accurate information about what they saw at each festival,” Huntsinger noted.

She estimated there will probably be about 6,000 visitors in town.