Courtside seat plus dinner going for $10,000 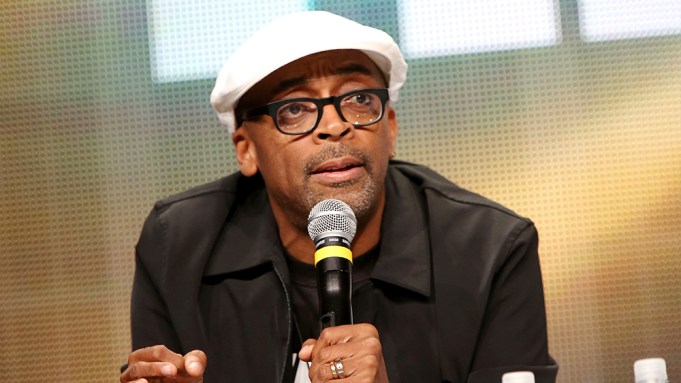 As of noon PDT Thursday, Lee had received 26 pledges of $10,000 in exchange for dinner and a courtside seat with Lee at a Knicks game. That’s over half of the $510,046 from 2,509 pledges that Lee has raised in the first 11 days for the film known only as “The Newest Hottest Spike Lee Joint,” one that he say focuses on human beings who are addicted to blood.

The pledges come a day after Lee gave an emotional interview with BloombergTV, during which host Trish Regan questioned the director’s need to use Kickstarter, asserting he had the funds to finance the picture himself.

“First of all, you don’t know how much money I have,” Lee replied. “You’ve never seen me before in your life. For you to assume what my financial state is, that’s wrong.”

He added that he’s “been doing kickstarting before there was Kickstarter,” having raised funds in a similar fashion for films dating back to 1986’s “She’s Got To Have It.”

Lee also asserted that sites like Kickstarter are an alternative for filmmakers amid Hollywood’s focus on tentpoles. He is still $740,000 short of the $1.25 million goal for his new film.