Why Indies Are Staking Out Prime Summer Release Dates 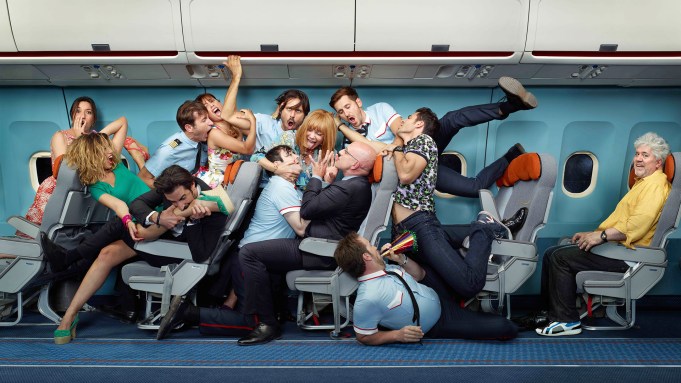 “Little Miss Sunshine.” “500 Days of Summer.” “Midnight in Paris.” Titles like those are surely proof that summer audiences have appetites for something beyond superheroes. Add up the right ingredients — quirky comedy, cute up-and-coming thesps and festival acclaim — and a summer specialty release can climb to $50 million or more in domestic box office by Labor Day.

Landmark Theaters CEO Ted Mundorff says there’s no cause for worry that younger auds are only interested in blockbusters. “We’ve been successful in widening the audience,” he says. “A film like ‘Black Swan’ opened with a younger audience — indie film is not as mysterious as it once was.”

The perception used to be that smaller films couldn’t survive against tentpoles, Mundorff says, “but the last few years showed that indie films do have an audience during the summer. The same people who saw the tentpoles went to see ‘Before Midnight.’”

Several of the biggest summer crossover hits have sprung from Fox Searchlight, which this year has July 5 release “The Way, Way Back,” reuniting “Little Miss Sunshine” stars Steve Carell and Toni Collette.

Mundorff is looking forward to “Fruitvale Station” and “I’m So Excited!” as promising summer indies, as well as docu “Twenty Feet From Stardom,” about backup singers in popular music.

“Twenty Feet” distrib Radius-TWC plans live Q&As in Los Angeles and New York and will build events around the singers. “It’s a crowdpleasing film,” says Radius co-topper Jason Janego. Though most of the Weinstein arm’s releases have an early VOD component, the doc  will be a straight theatrical release. Radius co-topper Tom Quinn echoes the mantra of the new nimble indies, “We tailor each release specifically to the film.”

People see more movies of every type in the summer, points out A24 publicity exec Nicolette Aizenberg, who says there’s also a little more room for indies to breathe than in the jam-packed fall and winter.

Not all summer indie hits are sunshiney and summery — some films that drew attention at Sundance, SXSW and Cannes are more challenging dramas that hope to retain the heat generated at high-profile festivals long enough to get summer auds into theaters. And even more than in the past few years, some of those buzzed-about films will premiere at the same time or even before their theatrical releases on VOD.

Take Nicolas Winding Refn’s “Only God Forgives,” which drew boos and angry tweets when it premiered in Cannes. Radius-TWC acquired the Ryan Gosling starrer before the festival and plans a day-and-date VOD release on July 19. But will that kind of reaction hurt the moody drama?

“The more people are talking about the film, the better,” says Quinn. “We embrace that kind of controversy.”

Janego explains that when moviegoers Google info on what’s opening, all the chatter from festivals is what comes up in searches, even from several months before.

One change on the indie scene: new distributors. Launched just before Toronto last year, A24 came out blazing with $14 million grosser “Spring Breakers” on March 15 and followed with Sofia Coppola’s “The Bling Ring.” The distrib will bow “The Spectacular Now,” James Ponsoldt’s Sundance Special Jury Prize for Acting winner, on Aug. 2.

Another recent entry to the distribution landscape is Cinedigm, which until now has released mostly smaller multi-platform titles but jumped onto a bigger playing field with the acquisition of SXSW prizewinner “Short Term 12.” It bows the title Aug. 23, only in theaters.

So is there a template for summer indie success? Distribs will find out when the Weinstein Co. releases “Fruitvale Station,” which won the Grand Jury Prize and Audience Prize at Sundance. Based on the true story of the young Oakland man shot by a San Francisco transit officer, the film could be a test of whether serious subject matter is too much for sunbaked summer filmgoers to handle.