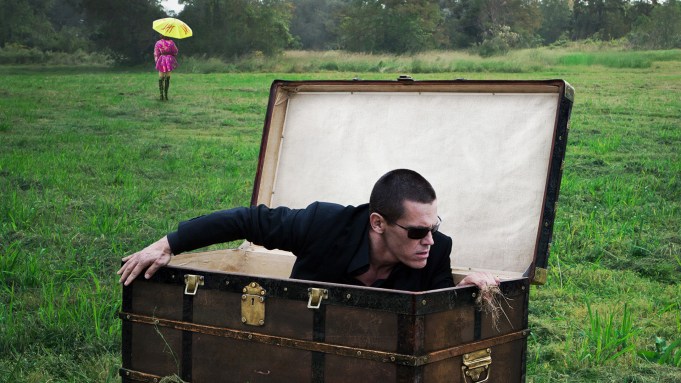 Anyone who has seen Park Chan-wook’s “Oldboy” knows that it is one of the most elaborately confusing and visually striking Korean films of all time. Anyone who hasn’t will get exactly the same impression of the Spike Lee remake from the arresting new red-band teaser that debuted today on Yahoo! Movies.

Considering all the gnarls and twists the pic’s plot actually has in store, the trailer does a remarkably clean job of setting up the premise, the players and the basic concept of a thriller that asks two key questions of Josh Brolin’s character, Joe Doucette: “One, why did I imprison you for 20 years? And two, why did I let you go?”

The first minute rather startlingly whisks through Doucette’s two decades of captivity, featuring a channel-surfing blur of natural and man-made disasters (the Twin Towers, which respectfully featured into the opening titles of Lee’s “25th Hour” 11 years earlier, are somewhat jarringly destroyed on-camera here), and then the trailer gets down to distinguishing itself from the original movie, if only in terms of style.

Yes, there are two quick glimpses of the infamous hallway sequence, where Brolin fights his way through a phalanx of henchman, with only a hammer to defend himself. The scene makes more sense in South Korea, where guns are illegal and characters must get creative with weapons. (Here, it looks like a construction zone, which might explain why the baddies are armed with two-by-fours.)

Overall, the trailer really pushes its red-band status, opening with an innocuous expletive, as Brolin looks for the phone in what takes him a moment to realize is not your average hotel room, and builds through increasingly abstract, undeniably enigmatic images of sex and violence (a hammer to one character’s skull should help weed out those who don’t fit this pic’s iron-stomached target demographic).

An unseen villain’s voiceover unifies these dreamlike visuals, which still carry a strong Asian feel. Although Park’s original clearly influenced Lee’s remake, it is the red-band “Only God Forgives” trailer that seems to have most directly shaped this promo, which culminates with a scene between Samuel L. Jackson and a boxcutter that drives home how desperately Doucette wants revenge. Assuming the desired effect was to leave audiences scrambling to imagine how these elements could possibly relate, mission accomplished.

The Film District release is set to open Oct. 25.