New spin on YA sci-fi epic puts focus on main character, but still leaves questions about the film's quality 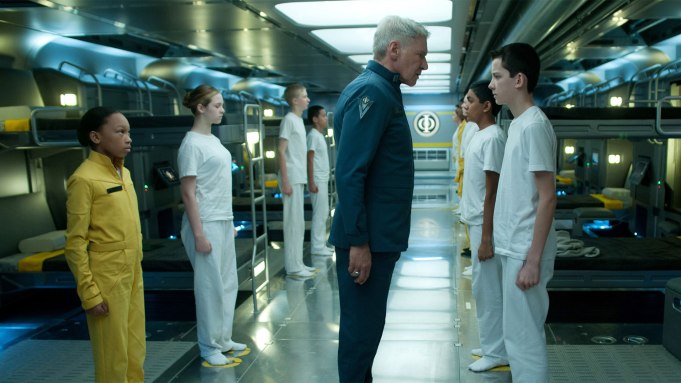 Summit desperately needed a new trailer for “Ender’s Game,” since the distribbery is looking to the sci-fi kid-lit franchise to take “Twilight’s” place, but the first trailer, released in May, raised red flags rather than excitement, and a subsequent controversy involving author Orson Scott Card’s anti-gay views raised threats that some might boycott the film.

The strategy of the new trailer — namely, to lead with its adult stars and some of its most impressive visual effects shots — shifts subtly here as Harrison Ford’s voiceover sets up Ender (played by “Hugo’s” Asa Butterfield) as mankind’s only hope in defeating the alien Formics. Where the previous pep-talk trailer engaged directly with the somewhat creepy idea that Ford’s character was recruiting kids to fight by showing Ender’s place within a troop of teen soldiers, this one takes the more conventional (though typically quite effective) approach of setting up its lone hero and the seemingly impossible odds before him.

Ender still looks far too young to shoulder such a responsibility (Butterfield is six years older than his character was in the book), which might explain why there are so few shots of him and the other kids doing battle. But mostly, it looks like Summit wants to impress audiences with all the work they’ve put into the visual effects, serving up a host of freshly rendered images (and a few stunning repeats) to whet appetites.

What the trailer still lacks despite its focus on Ender is any indication of how or why audiences will care about this character. Clearly, he’s special, but he seems a million light years removed from Luke Skywalker, the relatable nerf herder with whom an entire generation identified in the “Star Wars” movies. By contrast, Ender seems intense, isolated and possibly even a smidge evil (in one new shot, where he peers up from beneath a darkened brow). Fortunately, he has access to some pretty powerful CGI.