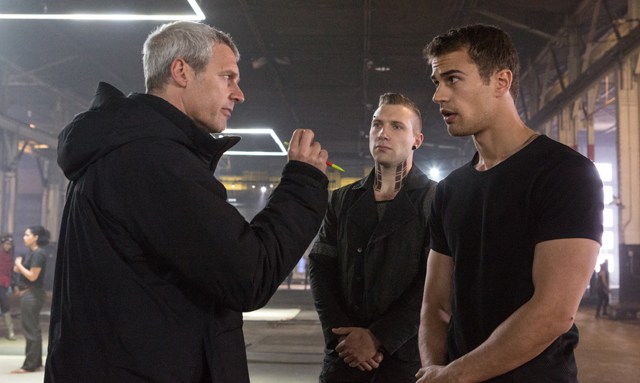 Lionsgate has released 10 new images from the set of “Divergent,” starring Shailene Woodley and Theo James.

The stills also include shots of Zoe Kravitz, Maggie Q and Jai Courtney.  “Divergent” is set to be released next March 21

The Neil Burger pic is an adaptation of the first novel of Veronica Roth’s trilogy about a post-apocalyptic Chicago. Vanessa Taylor wrote the screenplay.

Lionsgate has noted that the release date is the same slot used last year for the release of  its mega-hit “The Hunger Games.”

Story centers on a society divided into five factions, each dedicated to a particular virtue — Candor, Abnegation, Dauntless, Amity and Erudite — with all 16-year-olds required on a particular day to select the faction to which they will devote the rest of their lives.