Mythology Entertainment Gets ‘Down’ With Summer Action

With a slate of films in tow, the shingle breaks out of the gate with popcorn pic 'White House Down' for Sony 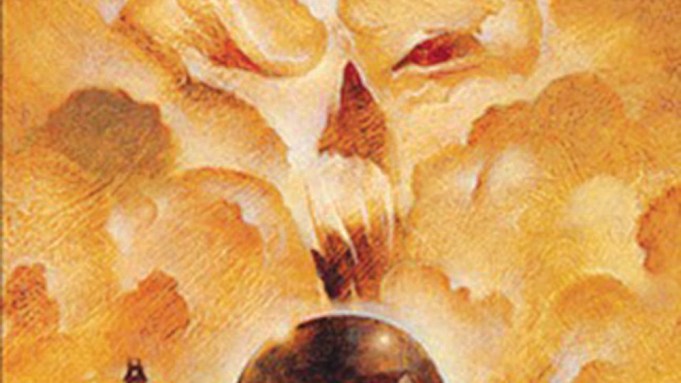 Mythology Entertainment’s moment of truth is near.

The production company, launched in late 2011 by Brad Fischer, James Vanderbilt and Laeta Kalogridis, will debut its first movie, Roland Emmerich’s “White House Down,” this month during one of the most crowded moviegoing seasons on record.

With a production cost of $150 million and a star-studded cast headlined by Jamie Foxx and Channing Tatum, the June 28 release is Sony Pictures’ most expensive offering this summer.

Amy Pascal, the studio’s movie chief, bought Vanderbilt’s script in late March 2012, and three days later invited the writer to her house to discuss hiring Emmerich. By August, the director was shooting in Montreal, where a replica of about 70% of the White House was built.

“We all wanted to launch with a fun, popcorn title,” Fischer notes. “When I first read Jamie’s script, I thought, ‘Omigod, this is the most commercial project I’ve ever seen.’ ” Vanderbilt had begun writing the project two years ago when his son was born. The story features Tatum playing a Secret Service agent who leaps into action to defend the president (Foxx) when a paramilitary group takes over the White House.

At least two of the three Mythology partners, who produced the picture with Emmerich’s partners Harald Kloser and Larry Franco, were on the set every day.

Vanderbilt recalls using Tatum’s suggestion that the character of his daughter in the film would be well-versed in current events because she had watched TV news constantly in order to catch a glimpse of her father while he was serving in Afghanistan. “Because of Roland, we were able to listen to the actor’s instincts,” Vanderbilt noted. “That’s how we’re building this company.”

Fischer spent more than a decade working for producer Mike Medavoy at Phoenix Pictures, eventually rising to president of production. He collaborated with Vanderbilt on “Basic” and “Zodiac,” and with Kalogridis on “Pathfinder” and “Shutter Island.”

Medavoy said he is delighted for the Mythology founders — who have seven children and seven dogs among them — “but not that surprised, since I’ve worked closely with each.” He noted he was particularly proud of Fischer, who started at Phoenix as an assistant.

Vanderbilt, who also penned “The Amazing Spider-Man,” notes Phoenix’s “Black Swan” and “Zodiac” each took the better part of a decade to develop. “There’s just an element of never-say-die about Brad Fischer,” he adds. “He’ll say, ‘We have to do this film,’ and I believe him.”

For now, Century City-based Mythology is a three-person operation, though the trio is looking to hire a senior executive and develop and package projects internally before taking them to financiers and studios, much like Phoenix Pictures. “The idea is to get projects to the point where it’s a turnkey operation for a studio,” Fischer notes.

Mythology does not have a first-look deal with a studio, and hasn’t partnered with a financier for an overall funding arrangement. The partners pay their own overhead costs.

“We like doing this as a sort of garage band,” Vanderbilt admits. “We came up with name Mythology because that’s what we’re trying to do — storytelling, which is something that’s been around for thousands of years.”

Martin Scorsese, in an email, praised Fischer and Kalogridis for their work on 2010’s “Shutter Island,” which grossed close to $300 million worldwide: “They are a team who make bold choices with material, and in production they always put the picture and the filmmaker first. That’s a rare quality in producers today.”

“White House Down” opens three months after FilmDistrict’s “Olympus Has Fallen,” an action-thriller in which North Korea takes over the White House. “Olympus” performed well, with a domestic gross of $98 million.