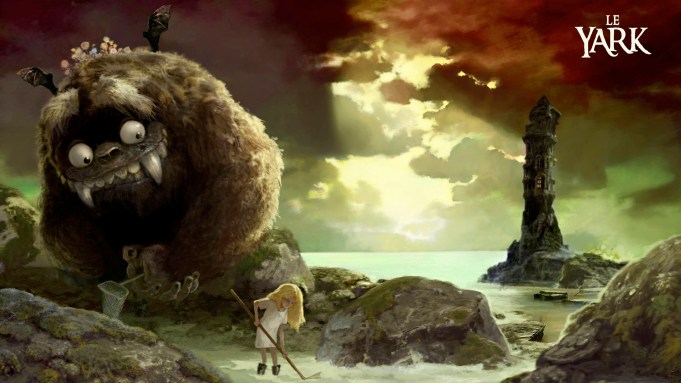 ANNECY — Classic tale “Le Yark” is set for a bigscreen makeover that’s already lured Diaphana as its distributor in France and Kinology as its international sales agent.

Bertrand Santini, who penned the original novel, is writing the film and will co-direct.

“Le Yark” turns on a monster that can only feed on well-behaved children. But when he befriends the nicest girl in the world he finds himself faced with a dilemma: die of hunger or devour the best friend he’s ever had.

Budgeted around the €8 million ($10.7 million) mark, the feature will adopt a modern take on the tale, said Roelants, comparing it to “Ernest and Celestine,” a 2D animated feature that bowed at Berlin and has been a critical and commercial success. “Like ‘Ernest and Celestine,’ ‘Le Yark’ will boast a multi-layered narrative to appeal to children and their parents,” Roelants said.

The project was first pitched at Cartoon Movie in Lyon.

Roelants said the financing from France is nearly locked down. Diaphana will release the pic in Gaul. Gregoire Melin’s Kinology reps it in international markets.

Production will kick off in the spring for an expected delivery in late 2015.

Melusine is behind many films and projects being presented at Annecy. These include “Aunt Hilda!” and “Maman est en Amerique, elle a rencontre Buffalo Bill,” which both unspooled at the fest.