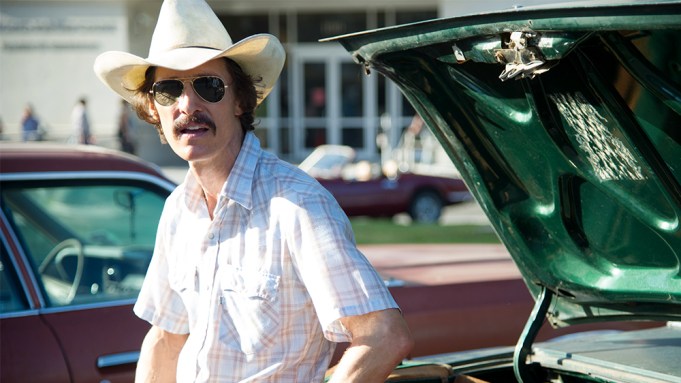 Focus Features has released the first trailer for the biopic “Dallas Buyers Club,” staring Matthew McConaughey, which is sure to get the attention of awards season voters for both its star and his co-star, Jared Leto.

The film is based on the true story of the free-living Texas electrician Ron Woodroof and his battle with the medical establishment and pharmaceutical companies after being diagnosed as HIV-positive in 1986, which led to his search for alternative treatments. Jennifer Garner also stars with Jean-Marc Vallee helming the project.

The project was already receiving early buzz even before the trailer was released mainly because of its stars commitment to losing the weight needed to play Woodroof’s HIV-diagnosed character. McConaughey will get the early Oscar buzz, but Leto’s cross-dressing prostitute looks to also be a factor in the supporting actor race come award season.

Focus just moved the pic from Dec. 6 to Nov. 1, giving the film a longer lead-up to the holiday season.