Lady Gaga With A Gun In New ‘Machete Kills’ Trailer 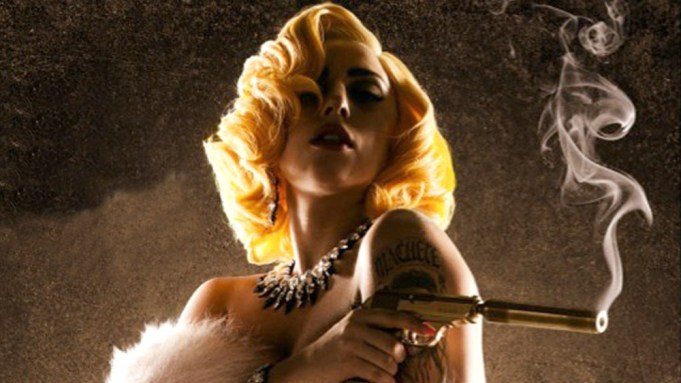 Open Road has posted a new trailer for the offbeat action sequel “Machete Kills” with Lady Gaga making her feature film acting debut by holding a machine gun and wearing a red dress as “La Chameleon.”

The trailer starts with Charlie Sheen — in bed with several women — answering the phone “This is the President.” “Mr. President, we have a situation,” is the repopnse followed by a multitude of explosions and one-liners.

“Machete Kills,” starring Danny Trejo and directed by Robert Rodriguez, will have its world premiere on Sept. 19 as the opening night film for Fantastic Fest in Austin, Texas, followed by a domestic launch Oct. 11.

“Machete Kills” is the second film in a trilogy. As he did in the 2010 orginal, Trejo portrays as an ex-Federale agent. In the sequel, he’s recruited by the President of the United States to take down a madman revolutionary and an eccentric billionaire arms dealer — portrayed by Mel Gibson — who has hatched a plan to spread war and anarchy.