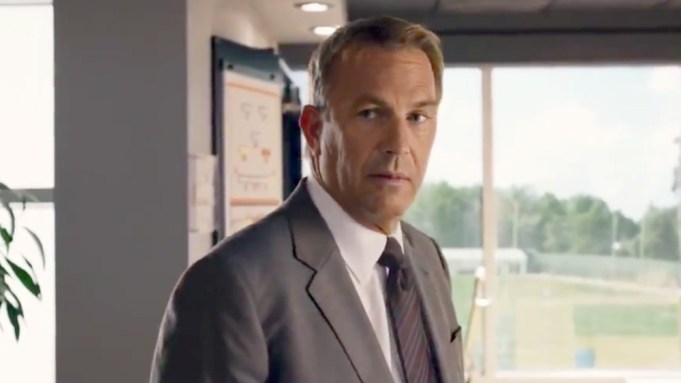 With the pro football season heading into playoffs, Lionsgate has released the first trailer for “Draft Day.”

The drama stars Kevin Costner as the general manager of the Cleveland Browns, which last won the NFL championship in 1964. The trailer focuses on the wheelings and dealings in the days leading up to the draft with Costner’s character asserting, “I want this team’s future back.”

“Draft Day” is set for an April 11 release, a month before the actual 2014 draft on May 8-10. It also stars Jennifer Garner, Frank Langella, Sean Combs, Chadwick Boseman and Denis Leary as the fiery head coach of the team.