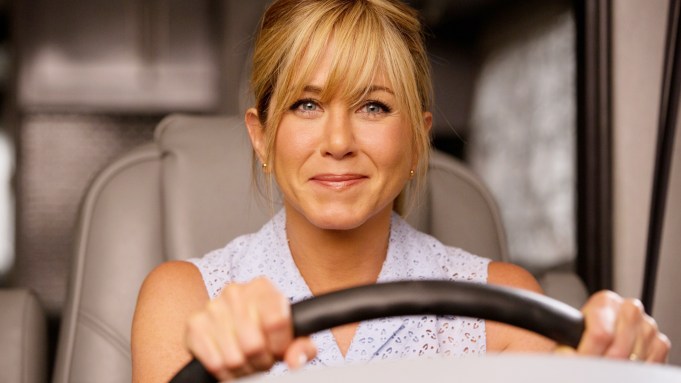 After a first quarter that saw films like “Jack and the Giant Slayer” and “The Incredible Burt Wonderstone” flop at the box office, New Line is hopeful its summer slate makes up for it including the Jennifer Aniston comedy “We’re the Millers.”

New Line has released the trailer for the pic that also stars Jason Sudeikis and Ed Helms and follows a pot dealer who creates a fake family as part of his plan to move a huge shipment of weed into the U.S. from Mexico.

New Line is hoping to build off the success of its other vulgar comedy “Horrible Bosses,” which also starred Sudeikis and Aniston, in hopes for a hit that overshadows the disappointments from earlier this year. The early footage looks to follow in those successful footsteps. Especially since Aniston’s sex-craved dentist in “Horrible Bosses” worked so well, it makes sense to give her another vulgar, sexy role like the stripper with a bad mouth in this film.

Sources say New Line has been cautious in greenlighting any original related projects until both “Millers” and “The Conjuring” bow this summer.