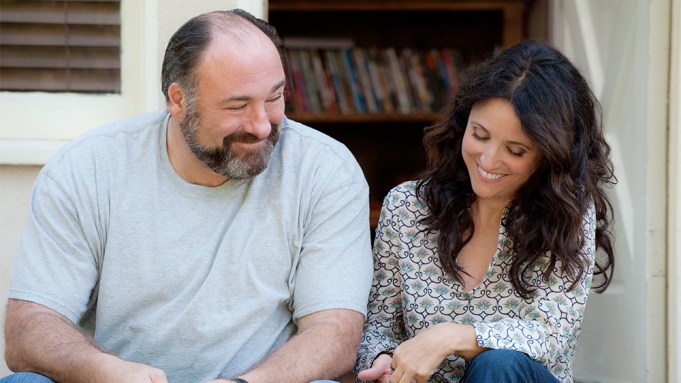 Fox Searchlight has released the first trailer for James Gandolfini’s “Enough Said,” the first film to open in theaters since the actor’s death in June.

The romantic comedy also stars Julia Louis-Dreyfus and is directed by Nicole Holofcener.

The story follows a divorcee who begins a relationship with a man while also befriending his ex-wife.

The film is premiering at the Toronto Film Festival and, while it doesn’t look to be Oscar bait, could play with the Golden Globe crowd.  The trailer highlights suggest that the feature will show a softer side of Gandolfini, who is most famous for playing hardened crime boss Tony Soprano for HBO’s “The Sopranos.”

The film opens in theaters on Sept. 20.