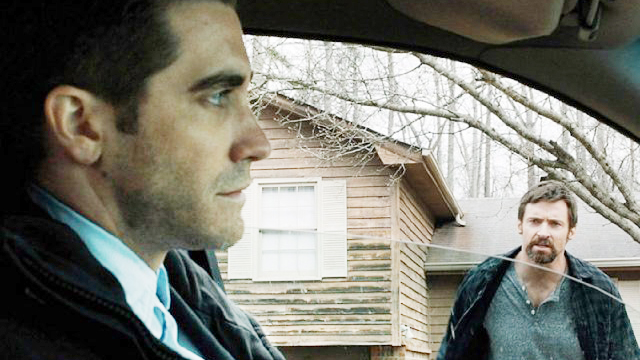 Hugh Jackman and Jake Gyllenhaal aren’t afraid of the dark.

The duo recently sat with Variety to discuss their intense new thriller “Prisoners,” which premiered Friday night at the Toronto Film Festival.

Director Denis Villeneuve’s new feature, from Warner Bros. and Alcon Entertainment, tells the dark story of a father (Jackman) who takes justice in his own hands after his daughter and her friend go missing.

“I had a pit in my stomach reading it,” Jackman said. “In some ways it’s a classic genre movie…but at the end of the movie keeps you thinking and talking.”
Gyllenhaal, who plays a rigid detective in the film, said it was the movie’s relentless twists that ultimately convinced him to take the part.
“So many scenes in this movie there are like four ways you can go,” he said.

As for his next move, Gyllenhaal said he has two projects in the works: “Nightcrawler” and the hiking thriller “Everest.”

Jackman, meanwhile, plans on laying low after his next film, “X-Men: Days of Future Past.”

“I’ve done four movies in a row,” he said. “There’s a term in my house called ‘the dog house’ and apparently I’m living in it.”