Opening set for Friday the 13th of September 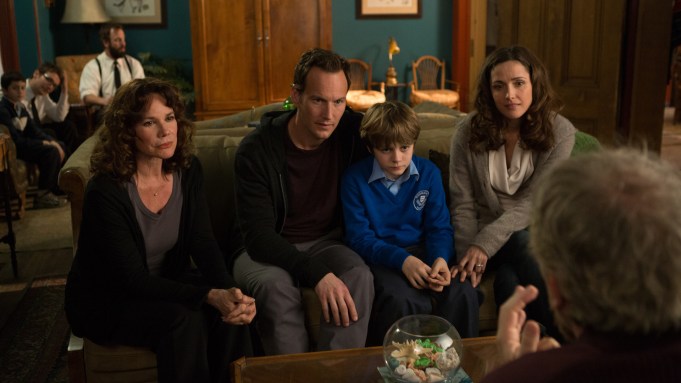 FilmDistrict is amping up the fear factor in the first official trailer for “Insidious: Chapter 2,” culminating with the reminder that the sequel is opening on Friday the 13th of September.

The film is directed by James Wan and stars Patrick Wilson, Rose Byrne, Lin Shaye, Ty Simpkins, and Barbara Hershey. The original 2011 pic, produced for a budget-conscious $1.5 million, starred Wilson and Byrne as parents confronting the demons that possess their son. It grossed nearly $100 million worldwide.

The trailer for the second film centers on the protagonists moving into a new house and features plenty of creepy moments indicating that the demons have followed the family — such as Byrne’s character seeing her baby’s walker following her into a room, sans baby, and a woman in a long dress rising from the couch and disappearing.

“This fall, the terrifying secret will be revealed,” the trailer promises.