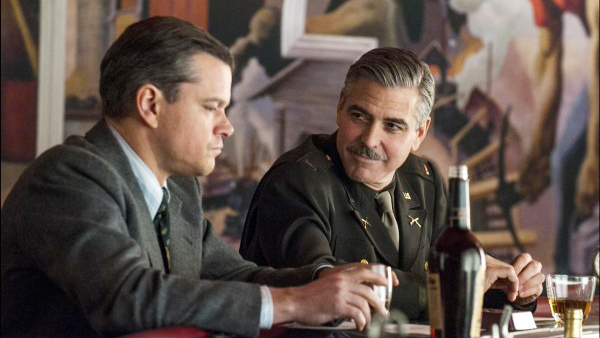 “So we get to shoot some Nazis?” asks Bob Balaban’s character at one point. The cast includes Clooney, Matt Damon, Bill Murray, John Goodman and Cate Blanchett with Clooney directing.

“Men” is based on the Robert Edsel book, it’s the true story of a WWII platoon tasked by FDR with rescuing artistic masterpieces from Nazi thieves in Germany and returning them to their rightful owners.

The film is a co-production between Sony and Fox. Clooney and producing partner Grant Heslov wrote the script.

Clooney and Heslov are producing through their Smokehouse Productions banner.