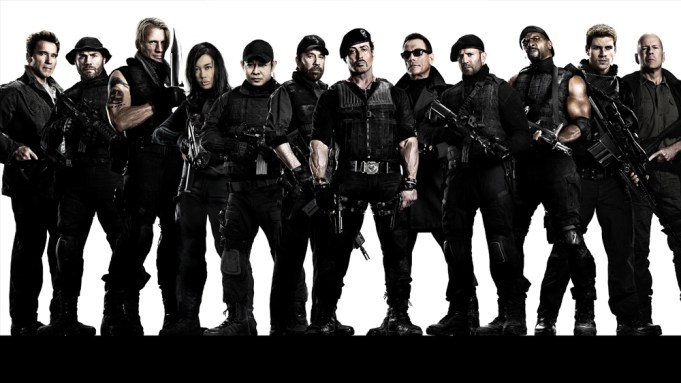 Lionsgate has unveiled the teaser trailer for “The Expendables 3,” highlighting the massive cast eight months before the Aug. 14 opening.

The trailer feature no dialogue — just cast member walking in an airplane hangar while whistling the “Colonel Bogey March,” made famous in 1957’s “Bridge on the River Kwai.”

In “The Expendables 3,” Stallone’s Barney character and the rest of the team comes face-to-face with Conrad Stonebanks (Gibson), who years ago co-founded “The Expendables” with Barney but has subsequently become a ruthless arms trader.