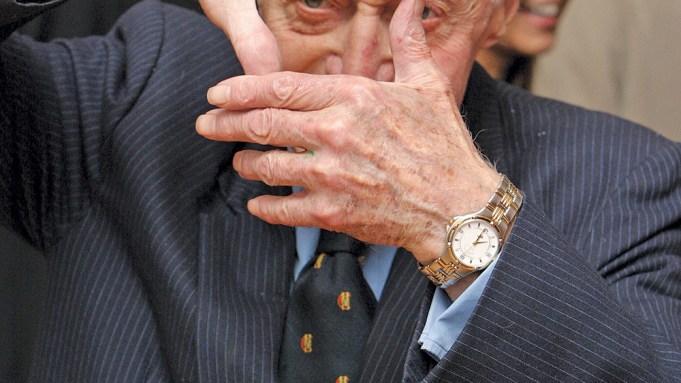 Cinematographer Wally Pfister, in the midst of filming his feature directorial debut, “Transcendence,” enjoys some distinct advantages in his new role: One of his executive producers is Christopher Nolan, with whom he has collaborated exclusively, dating back to the director’s breakthrough film “Memento”; the star of his sci-fi movie is worldwide box office magnet Johnny Depp; Pfister’s picture will be released by Hollywood’s biggest studio, Warner Bros., and he was empowered with the kind of budget — approximately $100 million — few first-timers are afforded.

But those advantages are freighted with the expectations and pressures that come with such a large-scale endeavor. Besides, remarkably few directors of photography have successfully made a longterm transition to helming features. Among those, a mere handful — George Stevens, Barry Sonnenfeld and Jan de Bont among them — have enjoyed critical and commercial success. And only one, Nicolas Roeg, could be seen as a unique stylist whose creative stamp is unmistakable.

“It’s kind of shocking that you don’t see more (d.p.’s make the transition) because a lot of times these guys are the most experienced on the set,” says Phil d’Amecourt, the William Morris Endeavor agent who reps Pfister as a director.

David Walsh, who shot d.p. William Fraker’s first film as a director, “Monte Walsh” (1970), concurs. “Usually you’re the first in command because as soon as the director gets a rehearsal, he takes a hike to work with the actors to go over the script,” he says. “So you’re really running the set.”

These observations are given added weight when considering how d.p.’s have been the salvation of numerous novice filmmakers over the decades, from Gregg Toland’s invaluable contributions on Orson Welles’ maiden film “Citizen Kane,” to Conrad Hall mentoring theater director Sam Mendes into an Academy A-lister with “American Beauty.” Even Francis Ford Coppola went from journeyman to Hollywood Brahmin with the help of Gordon Willis on “The Godfather” films.

And yet writers, actors and even editors — such as the late Robert Wise and Hal Ashby — have graduated to the directors’ ranks with relative ease compared with most d.p.’s.

Scribes, of course, have the ability to generate content, while actors — especially bankable ones — can attract good material. “If you don’t start with that, then it’s really hard,” says “The Right Stuff” d.p. Caleb Deschanel. “If somebody has a great script, they’re not going to go to a cinematographer first.

Deschanel, who has alternated between lensing and directing, cites the relative ease with which actors can segue to helming, gaining the trust of other actors who know they’ve been in their shoes.

But while thesps might communicate easily with their peers, when it comes to running the show, many learn the d.p. can be their best friend. Warren Beatty benefited from Fraker on “Heaven Can Wait” and Vittorio Storaro on “Reds”; Mel Gibson collaborated with Deschanel on “The Passion of the Christ” and John Toll on “Braveheart”); Kevin Costner teamed up with Dean Semler (“Dances With Wolves”); and Robert Redford relied on John Bailey (“Ordinary People”).

But it’s one thing to execute somebody else’s vision, and another thing to be responsible for commanding talent.

Deschanel says that the danger for d.p.’s is in failing to think more broadly than the mind-set of the cinematographer. “The most critical thing when you’re directing is paying attention to the actors,” he says. “If you don’t (generate) life in the performances and the characters, then you’re not going to have (it in the) film.”

On the other hand, d.p.’s, too, are capable of a distinct bond with actors, who can be a rather vain bunch when it comes to lighting. “A cinematographer stands by the camera,” explains Stephen Lighthill, an ASC board member, and is “usually the first person to react to the actors when they complete a take. So when a cinematographer moves from behind the monitor, he or she brings that special relationship with actors that’s been developed over the years.”

Craig McCall, who directed the documentary “Cameraman: The Life and Work of Jack Cardiff,” the d.p. known for his photography on “The Red Shoes” and “Black Narcissus,” recalls Cardiff’s motivation for changing career paths, if temporarily, was to be able to connect with thesps. “From day one, he was in love with actors and he wanted to be able to work with the actors,” says McCall, “and he could only do so in a limited capacity as a cinematographer.”

But if Cardiff felt directing was the most creative job for him, it also added a layer of complications to a dual career. When the multihyphenate attended the Oscars as a nominee for directing 1960’s “Sons and Lovers,” he was competing with the likes of Billy Wilder and Alfred Hitchcock, who was seated next to him. “Hitch looked at him and says ‘You’re a cameraman,’ ” says McCall. So Cardiff went from being someone a director like Hitchcock could work with to somebody who’s competing for jobs, McCall adds.

Prestige and compensation also figure into the equation. “Freddie Francis (‘Tales From the Crypt’ as a helmer; ‘The Elephant Man’ as a lenser) once told me: ‘We didn’t get paid very well as d.p.’s; I wanted to make more money,’ ” McCall says.

But the commitment of one’s life that comes with being a director can cancel out those gains, says agent Gregg Dallesandro of Sheldon Prosnit, who reps cinematographers. “If you’re a director developing a project, you’re talking about years of time in script development, casting, locations,” he notes. And for many cinematographers who are used to being constantly busy on other people’s films, all that prep time can be a drain on the spirit.

“It’s a very difficult thing for cinematographers who love the set and love the kind of creative chaos and energy of being on set,” says Bailey, who’s admittedly ambivalent about his own directing experiences. “It’s hard to think about giving all that up to deal with all the logistics and the negotiations you go through to be a director.”

Adds Deschanel: “If you’re a shooting addict, like me and a lot of other cinematographers, there’s something exciting about going from one project to another. Directing is a different mentality, because a lot of it is behind-the-scenes work that needs to be done in order to get a project off the ground.”

D’Amecourt points to leadership as a key skill a d.p. needs to be a good director — the ability to create a certain atmosphere on the set and to communicate ideas forcefully. “The person really has to be extroverted and charismatic and be able to tell a story in a really convincing way,” says d’Amecourt. “Because when you send an accomplished d.p. into the room to convince a studio executive or a producer or an actor that they’re going to be the field general, everybody knows the movie’s going to look good.”

His client Pfister, could be that man, given his outgoing personality (he plays guitar in a rock band), and because of his Oscar-winning work as a d.p. with Nolan on “Inception.” “He was already a guy who people wanted to meet as a director,” D’Amecourt says.

D’Amecourt also reps Lawrence Sher, one of the biggest D.P.’s in the comedy world (“The Hangover” movies), who is taking over directing duties on movies for both Warner Bros. and Paramount, one of which is in the casting phase.

It helps, too, that “Transcendence,” due out in April, and which revolves around scientists working on a computer that can surpass human thinking on every level, has a sci-fi plot with a certain kinship to “Inception.”

Ultimately, whatever the result, there’s knowledge to be gained even if, as in Bailey’s case, the job wasn’t an exact fit.

“My directing experience made me a better cinematographer,” says Bailey, “because I got to walk in the director’s shoes, and not only understand the process a director has to go through in terms of putting a film together, but also in terms of the human dynamics and personalities.”