His tape featured Amy Adams filling in for Katie Holmes 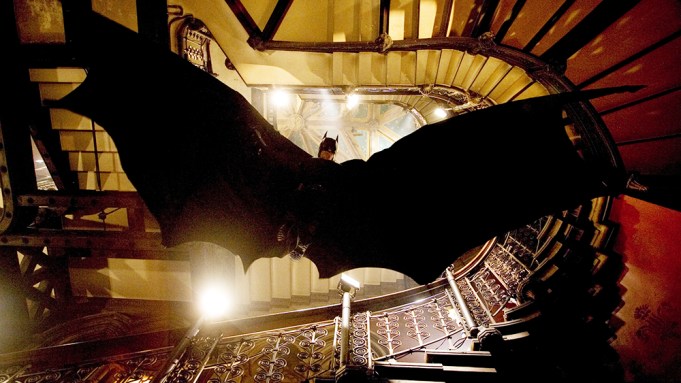 Given how much of a star Ben Affleck is, the “Argo” actor probably didn’t have to submit an audition tape to land the coveted role of “Batman” in the upcoming Batman-Superman pic. The same can’t be said about Christian Bale when he landed the role as Gotham’s protector.

“The Dark Knight Trilogy: the Ultimate Edition,” which is set to hit shelves on Tuesday, has several new behind-the-scenes specials — including Bale’s audition tape that won him the gig.

What’s even more interesting than the fact that Bale is wearing Val Kilmer’s bat suit from “Batman Forever” is that Amy Adams can be seen playing Rachel Dawes in the tests. That character would eventually be played by Katie Holmes in “Batman Begins” and Maggie Gyllenhaal in “The Dark Knight.”

Adams’ biggest credit at the time was a small role in “Catch Me if You Can” and it feels like the two careers have come full circle, since Bale has now left the series and Adams has in a way boarded it. She is expected to reprise her “Man of Steel” role of Lois Lane in the upcoming Batman-Superman movie.