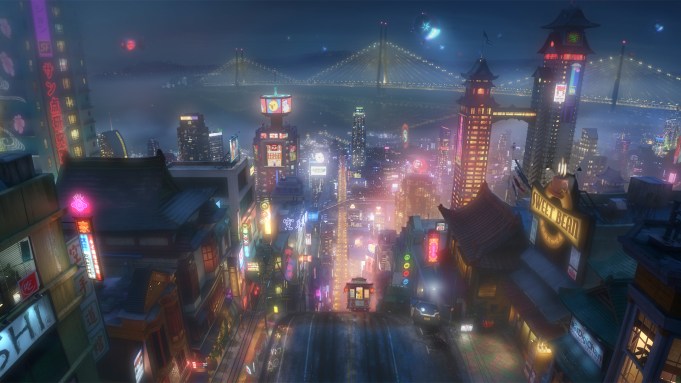 It seemed like only a matter of time but Disney has announced that its first animated feature based on a Marvel property will be “Big Hero 6” set to bow on Nov. 7, 2014.

The film will be CG-animated and will be set in the high-tech city of San Fransokyo, which Disney has released an image of.

The film will center on a brilliant robotics prodigy Hiro Hamada and his team of first-time crime fighters.

The Big Hero 6 first appeared in 1998 and Marvel released a series of six comics featuring the team in 2008.

Given the resources Disney provides on the animated side, it seemed like only a matter of time before Disney and Marvel collaborated on an animated project. The animated television series “The Avengers: Earth’s Mightiest Heroes” was already one of Disney XD’s most popular series.