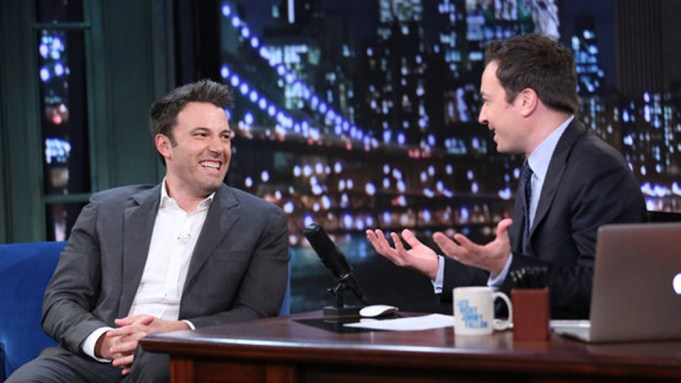 Ben Affleck has a superhero trait that is serving him well these days — he’s impervious to criticism.

The freshly-minted Dark Knight told Jimmy Fallon last night that producers of the upcoming Batman/Superman flick warned him about the backlash he would receive upon being cast as Batman and advised him to “not use the Internet for a couple of days.” (Batman talk begins at the 1:45 mark.)

But Ben said he’s “a big boy” and he can  handle it. He told Fallon, “You can’t say that before a movie comes out. It doesn’t matter what you think then, it matters what you think when you see the movie.”

As Variety’s Brian Lowry pointed out last month, the Affleck-directed rage has nothing on the vitriol that was directed Michael Keaton’s way when he was cast as the Caped Crusader in 1989.

Ben will get a chance to prove the naysayers wrong when the movie hits theaters in July 2015.