Ben Affleck Is the New Batman 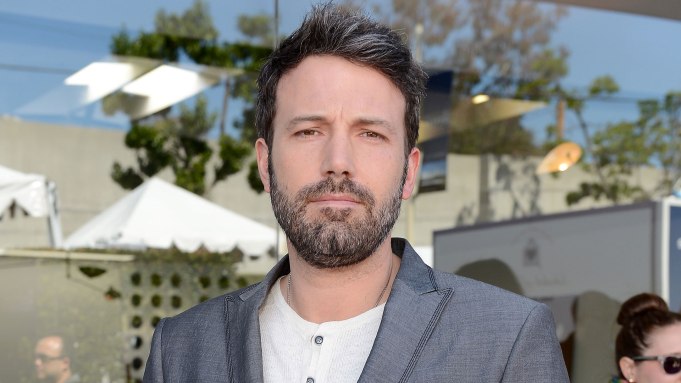 The actor will replace Christian Bale as Bruce Wayne in the upcoming untitled Batman-Superman feature for Warner Bros., the studio announced Thursday.

“We knew we needed an extraordinary actor to take on one of DC Comics’ most enduringly popular Super Heroes, and Ben Affleck certainly fits that bill, and then some,” WB president Greg Silverman said in a statement.

Batman Backlash: Ben Affleck Has Nothing on Michael Keaton

“Man of Steel,” released this past June, has earned over $650 million at the global box office.

PHOTOS: Actors Who Have Played Batman

“Ben provides an interesting counter-balance to Henry’s Superman. He has the acting chops to create a layered portrayal of a man who is older and wiser than Clark Kent and bears the scars of a seasoned crime fighter, but retain the charm that the world sees in billionaire Bruce Wayne,” Snyder said in a statement. “I can’t wait to work with him.”

The announcement of a Batman-Superman film was revealed last month at Comic-Con to much excitement of fanboys, who will surely be watching as the studio begins to assemble its Justice League.

SEE ALSO: Superman and Batman to Team Up in Movie

The irony of Thursday’s news is that at one point Warner Bros. was interested in having Affleck direct the “Justice League” movie and his participation in this film will now spur interest if whether his casting means a possibility of directing that film.

The Boston native recently upped his Hollywood power when he won the Best Picture Oscar for “Argo.”

Affleck, repped by WME, can be seen next in Fox and New Regency’s thriller “Runner Runner.”