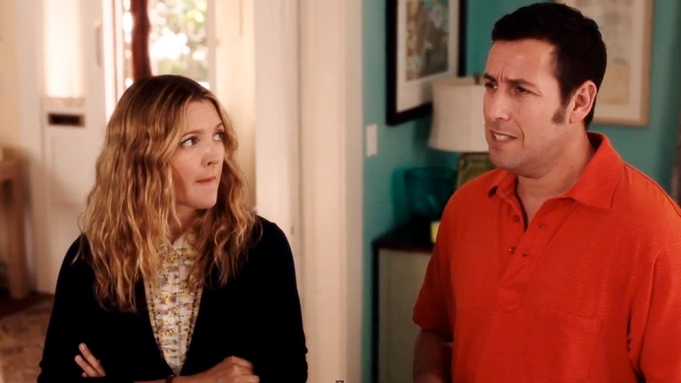 Warner Bros. is amping up the low-brow laughs in the first trailer for “Blended,” the romantic comedy starring Adam Sandler and Drew Barrymore.

Story revolves around a couple who, after a disastrous blind date, are stuck together in a family resort in Africa with their children from previous marriages.

Sandler rides an ostrich and Barrymore crashes while parasailing. At one point, Sandler defends his daughter by asserting, “She can say butthole if she wants to.”

Sandler’s Happy Madison is producing along with Gulfstream.

Warner has dated the film May 23 at the start of the Memorial Day weekend next year opposite Fox’s “Dawn of the Planet of the Apes.”