Watch the First Trailer for DreamWorks’ ‘Need for Speed’ (VIDEO) 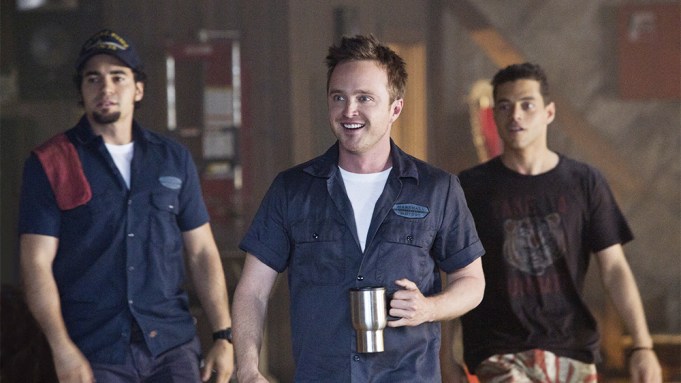 It’s a happy Monday for Aaron Paul fans looking for their post-“Breaking Bad” fix. The first full-length trailer for Paul’s DreamWorks Pictures film “Need for Speed” has hit the web.

The trailer follows a few hyped teasers, one of which aired during the “Breaking Bad” September finale. It also comes at a convenient time for the LA Auto Show, which starts this Friday at the Los Angeles Convention Center and runs through Dec. 1.

Paul’s “Breaking Bad” co-star Bryan Cranston also excited the internet recently when a fake alternate ending of the AMC hit, which saw him reprise his “Malcolm in the Middle” role. However, that bit was an extra feature of the upcoming “Breaking Bad” DVD box set and Sony quickly pulled it from the web.